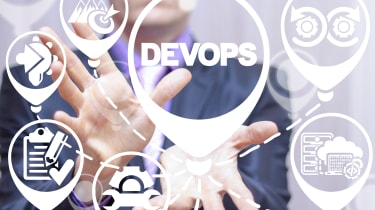 The COVID-19 pandemic has seen businesses increase their focus on DevOps initiatives, according to a survey commissioned by enterprise software delivery firm CloudBees.

More than half (52%) of respondents said their firms placed higher priorities on increasing their DevOps initiatives as a result of the pandemic. The most popular initiative is daily standup meetings, which are now practised by 56% of the 347 technology professionals surveyed by the Accelerated Strategies Group (ASG).

Others include using cross-functional teams, practised by 46%, and automating tasks, which was selected by 42% of respondents.

Pandemic restrictions, such as the closure of offices, have also seen 52% of businesses prioritise contracting with public cloud service providers, while almost two-thirds (63%) of respondents said that digital transformation objectives had been placed at a higher priority than before.

The CloudBees report also further proved that employees are confident in their ability to remain productive from home. However, despite 60% of respondents saying that software developer productivity has improved during the pandemic, the speed of software delivery varies. A third (33.8%) of respondents saw speed increases, 27% saw decreases, and 39% didn't perceive any change in speed.

According to Mitchell Ashley, CEO and managing analyst at ASG, software teams "have seen demonstrable benefit from working remotely". However, he added that "time will tell which changes are permanent and/or beneficial" in the future.

The findings were unveiled on the first day of CloudBees' DevOps World event, which also saw the company announce the general availability of the first two modules of its Software Delivery Management (SDM) solution.

The first module aims to solve higher-order feature management problems and provide product development teams with control over the features that get issued in software releases. Meanwhile, the second one focuses on engineering productivity and will provide leaders with insight into the prioritising abilities of their team members.

Speaking at the start of the event, CloudBees CEO and co-founder Sacha Labourey said: "When we originally came up with the theme for this year's DevOps World - that was back in January - we decided on Transforming the Future of Software Delivery. And it felt right.

"We understood what transformation meant to us at the time, but we had no clue how transformative this world would truly get."