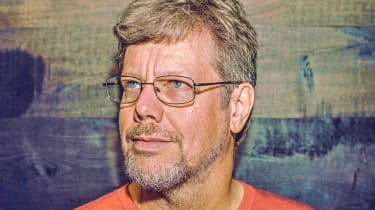 Renowned programmer and founder of the Python programming language, Guido van Rossum, has come out of retirement to join Microsoft’s development team.

More than a year after announcing his retirement, van Rossum has decided to take up a role with the company’s ‘Development Division’, with a view to making Python generally better to use, and not just for Windows 10.

The Python creator left Dropbox in October 2019, having worked at the company for almost seven years, making contributions to Python at Dropbox but also exerting major influence over the company's engineering culture, and staff. Prior to this, van Rossum developed software for Google.

Few details have been disclosed about the nature of van Rossum’s role, although it’s expected his presence will continue to influence Microsoft’s deepening integration with Python. Van Rossum also hinted at “lots of open source” when it comes to his duties.

I decided that retirement was boring and have joined the Developer Division at Microsoft. To do what? Too many options to say! But it’ll make using Python better for sure (and not just on Windows :-). There’s lots of open source here. Watch this space.

His latest move coincides with the Python language flying past Java to break into the top-two most popular programming languages for the first time, according to the TIOBE index.

Python ranked second in the latest monthly rankings for the first time in the index’s 20-year history, with C still the most popular language. C and Java have traditionally been the most prevalent languages among developers up to this point.

The TIOBE index is updated once a month, and ratings are based on the number of skilled engineers worldwide, courses and third-party vendors. Popular search engines are used to calculate the ratings. C scored 16.2%, followed by Python on 12.1% and Java on 11.7%.

Python’s relative simplicity against other languages makes it a highly accessible language for developers, including people who want to get to grips with the fundamentals of coding.