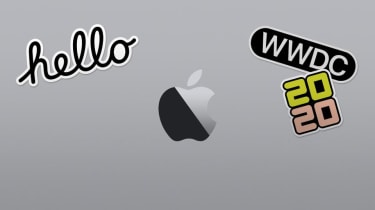 Apple has announced that its first virtual conference will kick off on 22 June.

The company is making its annual Worldwide Developers Conference (WWDC) online-only for the first time due to the social distancing measures that continue to be extended throughout Silicon Valley.

The event, which typically takes place earlier in the month, will be broadcast via Apple's developer app and website and will be free for all developers to access. The usual price for a ticket to WWDC is $1,600 (around £1,290).

The event will continue to offer a "full programme", according to Apple, complete with a keynote and breakout developer sessions. This year the firm will also run a challenge for students to develop their own Swift Playgrounds scenes in exchange for a WWDC jacket and pin set.

Naturally, WWDC will also see the launch of Apple's next major software updates for iPhones, iPads, Macs and Apple Watches. The next release of iOS is expected to be one of the biggest yet, with rumours suggesting it will feature a redesigned home screen with Android-like widgets and a new augmented reality app.

“WWDC20 will be our biggest yet, bringing together our global developer community of more than 23 million in an unprecedented way for a week in June to learn about the future of Apple platforms,” said Phil Schiller, Apple’s SVP of Worldwide Marketing.

Though Apple typically focuses solely on new software at WWDC, the company has been known to use the event to introduce new hardware. Last year, it unveiled its new Mac Pro desktop and its Apple Pro Display XDR, for example.

Apple's WWDC is one of a few major developer conferences not to be cancelled in light of the coronavirus pandemic. Facebook's F8 conference, which was originally set to begin on 5 May, has been mothballed, and Google I/O, which would have taken place on 12 May, was cancelled in March.

Microsoft, on the other hand, has taken a similar approach to Apple. The company's developer-focused Build conference has been transformed into a 48-hour digital event and will be free to access when it begins on 19 May. This won't be the only upcoming Microsoft event to be held virtually, as the company recently confirmed that it has ditched all in-person events until June 2021.