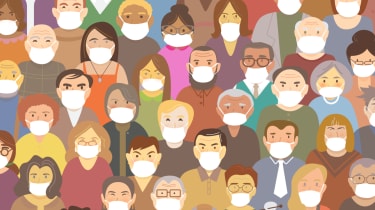 With coronavirus ‘track and trace’ regimes beginning to take off around the world, the GSMA Association has put forward a set of proposals to ensure that any contact-tracing apps involved are as widely-downloaded as possible.

The uptake of coronavirus apps can be improved by mobile network operators and manufacturers taking the following measures, according to the trade association:

GSMA has put forward these proposals to encourage its members to help speed up the adoption of digital contract-tracing software in light of the overwhelming challenges that public health officials face. These ideas rely on the notion that it's easier to encourage people to take part in digital contact-tracing if this technology is bundled into software and hardware that's already widely in-use.

Manual contract tracing, which NHS Test and Trace is almost entirely reliant on, is seen as labour-intensive and hard to scale up. Governments across the world, therefore, have been hoping to harness software to perform much of the heavy lifting. It’s critical, though, that any software released is as vastly-distributed as possible. Epidemiological experts estimate coronavirus apps would need to be downloaded by between 60% and 80% of a population to be effective.

Some suggestions issued in the paper are not just useful but are already being adopted. Testing is underway, with GSMA citing Vodafone and Orange as examples of mobile network operators that are actively contributing to interoperability assessments.

The ideas for helping to improve uptake, however, are on the more impractical side, even though it makes a lot of sense to incorporate the technology into other services and systems that are already widely used.

When it comes to integrating the technology into other apps, the main barrier comes by way of the terms that Google and Apple have set out for their API. This API is widely understood to be the most reliable and effective route for developing a contact-tracing app. Sure, a handful of nations have decided to go it alone, but it’s not ended well. Singapore, for example, which developed its app before the tech giants put their heads together, boasted a miserly uptake – approximately 25%, according to South China Morning Post. The UK’s centralised COVID-19 app, meanwhile, which has been developed after officials snubbed the API, hasn’t yet seen the light of day and has been plagued with reports of bugs and security concerns, despite trials on the Isle of Wight.

One problem is that Apple and Google have both suggested that only coronavirus apps developed by governments and healthcare organisations be registered, meaning it’ll be difficult for any third-parties to integrate the technology into their own apps and distribute them. Secondly, the tech giants have also indicated they’ll only permit a single app per jurisdiction to be built, and for good reason, as having the population interact on the same contact-tracing system would be the most ideal situation.

A further barrier to pre-installing contact-tracing technology on smartphones would be policy, with governments across the world maintaining any app will be voluntary. Allowing developers and manufacturers to prepackage coronavirus apps into smartphones, in the same mould as widely-derided bloatware, may turn people away from these apps. This measure would also undermine the notion of the software being ‘voluntary’. Of course, you could also argue that releasing a ‘voluntary’ system that demands the vast majority of users to comply in order to be effective for anybody, is wholly counterintuitive in the first place, but that’s the situation we’re in.

While the GSMA’s suggestions are valid, and indeed the most logical suggestions to make to improve the uptake of coronavirus apps, they are wholly impractical. Far from a sleight on the GSMA, it actually shows just how much of a challenge it is for public health officials to encourage as many people to download COVID-19 apps as possible, as and when they’re ready. There are several restrictive factors in place which are concerning enough, let alone the privacy and security concerns associated with this form of technology.

While many of these suggestions, particularly pre-packaging devices with contact-tracing technology, may well help the effort to fight coronavirus, the fact this can’t happen suggests any contact-tracing system would be naive to rely exclusively on software.