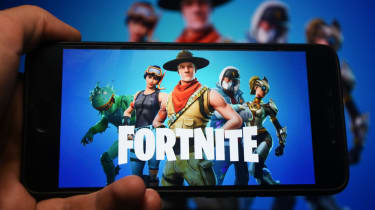 Apple will withdraw Epic Games’ developer accounts and terminate all access to iOS and Mac development tools from the end of the month in the escalating dispute between the two companies.

Both Apple and Google removed Fortnite from their respective app stores last week after Epic Games said it would offer a 20% discount to players who purchased in-game currency directly from Fortnite, rather than through the app. This was to avoid a 30% cut of all payments made in games and apps downloaded through both their stores.

Epic then sued both Google and Apple as a result of Fortnite's removal from both respective app stores. The firm argued in its complaint against Apple that the removal “is yet another example of Apple flexing its enormous power in order to impose unreasonable restraints and unlawfully maintain its 100% monopoly over the iOS in-app payment processing market”.

As a result of Apple stripping Epic Games’ developer privileges, it prevents any new updates being issued to Fortnite on iOS and also restricts Epic’s ability to develop any software for Mac or iOS devices. Worse yet, there are fears it can affect every iOS game developed by third-party companies using Epic’s widely-used Unreal Engine.

In a legal document that Epic has submitted to prevent these restrictions to iOS development tools from taking effect, the developer claims that the swathes of third-party software developers that use the engine will suffer.

“Technology markets move swiftly. Left unchecked, Apple’s actions will irreparably damage Epic’s reputation among Fortnite users and be catastrophic for the future of the separate Unreal Engine business,” the document said. If the Unreal Engine can no longer support Apple platforms, the software developers that use it will be forced to use alternatives.

“The damage to Epic’s ongoing business and to its reputation and trust with its customers will be unquantifiable and irreparable. Preliminary injunctive relief is necessary to prevent Apple from crushing Epic before this case could ever get to judgment.”

While Epic is locked in a legal battle with Google, as well as Apple, there are no suggestions that the company has taken similarly “catastrophic” steps in restricting Epic’s access to development tools. This is despite Google similarly booting Fortnite from its Play Store.

While the legal dispute between Epic and Apple intensifies, the game developer has reportedly been courting support from other major tech companies to mount a stronger front against Apple.

Epic, according to the Information, has been reaching out to other major tech CEOs to discuss forming a coalition of companies critical to Apple’s business practices, including the way it controls and distributes apps on iOS. These firms include both Spotify and Sonos, among others, neither of which has yet made a decision as to whether to join the group.

Microsoft has previously backed calls for an antitrust review of Apple's App Store, with president Brad Smith suggesting the time has come for a more focused conversation about the monopolistic nature of app stores.