Why DevOps is the future of your business 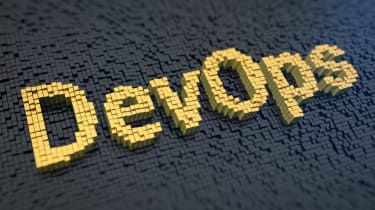 If you've spent any time at all in the IT world, you'll likely have heard about DevOps and how it's the future of enterprise software development. Companies both large and small have adopted DevOps processes and methodologies as part of their organisation, chasing faster development cycles and greater application stability.

For the uninitiated, DevOps is a software development method that involves merging development and operations teams together. The goal is to shorten the time it takes to build, patch, and update software by monitoring and testing it as it's being built. This allows problems to be caught earlier, leading to a shorter time-to-market.

DevOps has a number of advantages over traditional software development approaches like the waterfall method. The first and most obvious is speed; DevOps can radically accelerate development cycles, which means software can be delivered to users faster.

"Reducing the time between inception and value when delivering services is the key benefit," says Guy Smith, CDW's head of technology solutions. "In addition, bringing application developers closer to the operational challenges of running a live system can provide a useful feedback loop that results in applications that are designed to be operated, with consideration for proper abstraction, state handling, failure tolerance, and simple scaling."

Because it's also based around smaller and more frequent releases, users can also get used to new changes gradually, rather than having to acclimatise to lots of new things at the same time. It's also easy to roll back to a previous version in the event of an unexpected bug and ensures that fixes for said bug can be issued faster. This shouldn't be required that often, though, as DevOps generally has a lesser failure rate than waterfall development.

In many ways, DevOps is the cornerstone of digital transformation. Among the most common goals of a digital transformation project is for the company to become software-driven, with an agile approach to both its strategy and its IT, and DevOps is essential for all of those goals. Without being able to rapidly iterate on the software and apps that a business creates, it can't be truly agile or software-driven, as it will constantly be behind the curve and slowed down by clunky, outdated methodologies.

Many major organisations have already embraced DevOps as a way to speed up their software pipelines; Companies like Hertz, American Airlines, Accenture and more have all implemented DevOps methodologies, using them to drive greater efficiencies, faster workloads and more frequent releases.

DevOps isn't just applicable to IT, however. It's closely tied to the agile movement, and many of its principles are effective across the business as a whole. Take the Scrum method, for example; this framework involves taking a project-based approach to solving business challenges.

A cross-functional team is created, made up of members from every relevant area of the business. The team establishes the end goal of the project, then works towards accomplishing this goal in a short series of sprints' lasting from two to four weeks, in which a small series of tasks are devised, planned, completed and tested.

The idea is to break a project up into more manageable chunks, with regular testing and monitoring throughout the process. Although this is generally applied to software development, it can be equally suited to projects like marketing campaigns, IT refreshes or quarterly reporting efforts.

Implementing DevOps can be extremely beneficial for a business, but it can be a rather daunting undertaking too, especially for a mature, established organisation that already has a more traditional development structure in place. As with any major organisational change, it's crucial to ensure that the implementation is meticulously planned out beforehand and carefully managed during the roll-out itself.

"Be really clear about what problem you're trying to solve and exactly how the new model will improve service delivery to users," Smith says. "It's very easy to get sucked into the dogma and fashion of DevOps/Agile but it isn't always the appropriate approach or done with the end-user in mind. In addition, clear expectations need to be set about where responsibility lies, not just with make stuff live faster' but how real world problems such as bugs, operational issues and security incidents will be dealt with at 3am."

Digital Disruption' dives into the findings of a roundtable with industry experts about the future of technology in the workplace, and looks at the strategies needed to thrive in an era of unprecedented change.

Are you ready for DevOps?

One of the most important elements of moving to a DevOps approach is making sure the culture and management style of the organisation is ready to support it by obtaining buy-in from all the necessary stakeholders within the business and establishing a set of guiding principles that everyone is on board with. Beyond that, however, there are a number of technical tools which comprise the foundation of a successful DevOps organisation.

Version control systems, for example, are the bedrock of DevOps. One of the most essential principles of DevOps is rapidly deploying code, testing it to see if it works and then rolling it back and trying again if it doesn't. By using a version control system like Git, CVS or Team Foundation Version Control, this process is made infinitely easier, allowing you to easily track iterations of code and work collaboratively on them without having to manually shuffle between multiple near-identical files.

Similarly, code-sharing platforms like Github or the aforementioned TFVC are a must-have for any DevOps team. Close collaboration is essential for speedy software releases, and the ability to have an entire DevOps team collaborating simultaneously on one piece of code will make the process much, much faster. Modern code-sharing platforms will also integrate with a swathe of other tools to help speed up and automate your workflows.

Continuous integration and continuous delivery (CI/CD) tools, for example, are another essential part of the DevOps toolchain that work in concert with code-sharing platforms and version control systems. Tools, such as Jenkins, are designed to automatically assemble and test a new build of a piece of software every time a developer commits a change to the version control system. This ensures that developers working on different features don't accidentally break each others' work when they commit changes to the main branch, resulting in fewer bugs and faster working releases.

Another key pillar of DevOps is Infrastructure as Code. This principle involves treating the various components of infrastructure - such as VMs, networks, and so on - in the same way as the code that's running on it. New environments are spun up according to a pre-set template using the same version control model as the code itself, which means all your environments will be identical unless expressly designed to be different.

DevOps teams will need to spin up new test environments quickly and often, and spinning them up and administering them manually can mean that, over time, you're left with a large number of environments which are all subtly different to each other. This can often lead to deployment issues, but using Infrastructure as Code platforms like Puppet prevents this by ensuring consistency across your environment.

Every organisation is different, and building the right DevOps toolchain can be a tricky business. Working with a skilled partner, however, can dramatically reduce the complexity and hassle of implementing a DevOps structure. CDW can offer not just the toolsets you need to get your DevOps pipeline moving, but also the expert strategic guidance to help make your DevOps journey a success from the word go.

"CDW can help you navigate the challenges of delivering services quickly, cost-effectively and securely whilst focusing on user-need," explains Smith. "We have a significant breadth and depth of products, in-house expertise and partner relationships that allow us to think outcome first, approach/tool second' and provide solutions that offer true business benefit."