Hackers use 200,000 insecure Brazilian routers to mine cryptocurrencies

The attack exploits a flaw that was previously patched 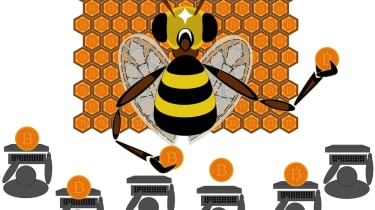 Hackers are using a network of vulnerable routers to spread crypto-mining malware to unsuspecting users, security researchers have discovered.

An unknown cyber criminal (or possibly a network of cyber criminals) is using a flaw in more than 170,000 routers manufactured by MikroTik to run scripts on the computers of unsuspecting victims which mine cryptocurrencies for the hacker, according to TrustWave researcher Simon Kenin.

The attack uses a previously-discovered flaw - which has since been patched by MikroTik - to inject a mining script from CoinHive into the browser of anyone connected to an infected router. Most of the affected devices are located in Brazil, but Kenin warned that the attack has been observed in other places as well.

Another researcher, Troy Mursch, also observed a similar case in Moldova involving more than 25,000 MikroTik routers running CoinHive scripts. It is currently unknown whether the two attacks are connected.

The security flaw that allows the routers to be exploited has now been addressed by MikroTik, but numerous devices remain unpatched. This is a big problem, Kenin explains, as MikroTik manufacture high-end equipment that is often used by ISPs, web companies and businesses.

"Let me emphasize how bad this attack is," he said. "The attacker wisely thought that instead of infecting small sites with few visitors, or finding sophisticated ways to run malware on end user computers, they would go straight to the source; carrier-grade router devices."

"There are hundreds of thousands of these devices around the globe, in use by ISPs and different organizations and businesses, each device serves at least tens if not hundreds of users daily."