Celebs slapped with over $700,000 in collective fines 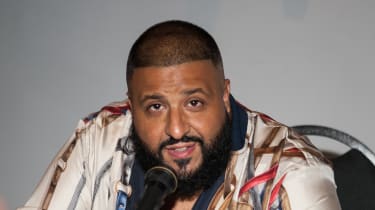 Rapper DJ Khaled and boxer Floyd Mayweather have been fined by the US Securities and Exchange Commission over a failure to disclose payments for promoting cryptocurrencies.

The two celebrities were charged with illegal touting - the act of promoting certain investment opportunities without revealing that you have been paid to do so. Mayweather is accused of illegally promoting three Initial Coin Offerings (ICOs), including one from a company called Centra Tech, which the SEC has claimed was fraudulent and is currently investigating. Khaled is also accused of touting for Centra Tech's ICO.

According to the SEC, Centra paid $100,000 to Mayweather and $50,000 to Khaled in exchange for social media posts promoting its ICO. Khaled called it a "game changer", while Mayweather warned his fans "get yours before they sell out". The champion boxer was allegedly paid a total of $200,000 for promoting the other two ICOs.

Neither Mayweather nor Khaled have admitted to the charges, but both have agreed to pay a total of $767,500 in collective fines and penalties. Khaled will pay $152,725, while Mayweather will pay $614,775, although the latter's estimated net worth of $1 billion means the fine may not prove much of a hardship. Mayweather has been banned from promoting securities for three years, and Khaled is subject to a similar two-year ban.

This case marks the first time that the SEC has issued touting charges related to the promotion of ICOs. It follows the Commission's warning last year that it may consider certain ICOs to be securities, meaning that they're subject to the same laws and restrictions as other stocks and securities.

"Investors should be skeptical of investment advice posted to social media platforms, and should not make decisions based on celebrity endorsements," said SEC Enforcement Division co-director Steven Peikin. "Social media influencers are often paid promoters, not investment professionals, and the securities they're touting, regardless of whether they are issued using traditional certificates or on the blockchain, could be frauds."