But the ex-CEO is cleared of embezzlement after the platform lost 850,000 bitcoins prior to going bankrupt in 2014 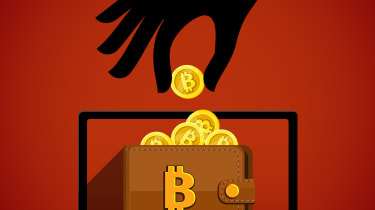 The former head of a Bitcoin exchange platform Mark Karpeles was handed a suspended two-and-a-half-year prison sentence for data manipulation in a court in Japan today.

But he was found not guilty for embezzling millions of dollars worth of Bitcoin after his site, Mt. Gox, filed for bankruptcy in 2014 following the disappearance of 850,000 bitcoins. This was worth approximately 282 million at the time.

The Tokyo District Court found that Karpeles had transferred approximately $33.5 million (25.3 million) to a bank account operated by an exchange platform based in Dallas via 21 installments, according to the Japan Times.

The court ruled that the transfers weren't so much an issue, as was the fact he'd transferred the sum against the company's interests. Moreover, he manipulated company records to hide the transactions.

He additionally used his personal computer to make the transfers and covered his tracks by falsifying company records.

He was initially arrested in 2015 for embezzling approximately 341 million Yen (2 million) belonging to Mt. Gox customers. He was accused of transferring the money to his own bank account to fund his lifestyle, with prosecutors seeking a ten-year prison sentence.

But because the company did not have a proper accounting system in place, the court ruled that it was not possible to determine the Karpeles embezzled funds from customer accounts.

Moreover, the court decided to suspend his sentence for four years because he had no prior criminal record, despite saying that his expertise in IT engineering and seniority meant the abuse of information was not justifiable.

Karpeles claimed he was innocent throughout proceedings, blaming the 850,000 bitcoin loss on an external cyber attack.

After his company filed for bankruptcy, Mt. Gox announced it had found 200,000 of the missing bitcoins in a cold digital wallet, meaning the total number of missing bitcoins was reduced to 650,000. This was still around 7% of all bitcoins in existence at the time.

While perhaps not in the specific case of Mt. Gox, such attacks on cryptocurrency exchanges are far from unheard of.

The North Korean state orchestrated at least five successful attacks against Asian cryptocurrency exchange services during this period, according to the findings. These were mainly led by the notorious Lazarus Group.