What is Libra? A guide to Facebook's cryptocurrency 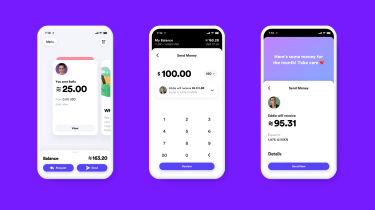 Facebook’s Libra cryptocurrency sounded too good to be true when it was announced in June 2019, promising its users the option to send and receive payments without the need for a banking intermediary.

Expected to be the next Bitcoin, the digital coin seemed to be the solution for the 1.7 billion adults worldwide who do not hold an account at any financial institution or mobile money provider, as well as an alternative for people who want to keep banks at arm’s length.

Libra had a potentially viable target audience, in the form of 2.45 billion monthly active Facebook users. It also had the potential financial backing of Facebook’s partnering firms who had joined the Libra Association. Overall, it was a successful business plan backed by a formidable corporation planning to meet massive demand. Shoot for the stars, they say, but it seems like Libra has to deal with the gravity pulling it back to Earth.

Recent news reports claim that Facebook is reconsidering its fledgeling cryptocurrency, following some rather scathing criticism from almost everyone: regulators, cryptography experts, and even the US Senate Banking Committee. Moreover, in the months before Libra was supposed to launch, it was reported that the project had failed to receive any funding from its 21 partnering firms.

We do not know what the future holds for Libra, or how Facebook is planning to reimagine it. However, these are some of the things that we do know for now:

Libra, named after the Roman weight measurement, is Facebook's new stablecoin that will let one user send a money transfer to another user across the social network. All that's needed is a Libra digital wallet to send and receive funds - the system does not rely on any traditional banking methods.

Effectively, Libra is reminiscent of the buzz that followed Bitcoin when it first gained traction. Like Bitcoin, it is designed to function as an alternative to banking, specifically for people unable to reach financial services but equally for those who are distrustful of banks.

However, before you start recalling the wild price fluctuations of Bitcoin, Facebook's cryptocurrency is a stablecoin, as we speculated would be the case in March. This means the value of Libra will be tied to fiat currencies, like the dollar or euro, and will, therefore, be protected against wild swings in value. It also functions less like Bitcoin, which is seen as much as a digital currency as it is an investment opportunity, and more like a digital token - it simply represents 'real' money for the purpose of a transaction.

How is Libra supported?

Facebook has been developing its own blockchain for some time, and has over the past year worked with partners to develop the Libra Association, an open source non-profit that operates the Libra blockchain and manages the funds tied to the Libra token.

Each founding member of the blockchain holds responsibility for a validator node on the network, meaning each organisation is in charge of ensuring payments are secure and accurate. If you want to find out more about how blockchain networks operate, we have an in-depth guide.

Facebook has established a subsidiary called Calibra, through which it has joined the association (and developed an app). Booking Holdings, eBay, Lyft, Uber, Spotify, Farfetch, and Mercado Pago have all signed up to the association, alongside payment providers Mastercard, PayPal, Visa, Stripe and PayU.

Telecoms providers Vodafone and Iliad, cryptocurrency platform Coinbase, and a number of venture capital and non-profit organisations have also signed up to the association.

It's believed that each member was required to pay $10 million to sign up to the association and that it has around $1 billion to put towards the support of the new currency.

Facebook has said that although it was responsible for creating the Libra association and blockchain, the company will relinquish leadership of the group once it launches fully in 2020. At that point, each member will have equal voting rights as part of a council governing the Libra Association, the body established to help shape the direction of the association and Libra policy.

Facebook is developing a standalone digital wallet through its subsidiary Calibra, the app for which is due to arrive at some point in 2020. This will connect to Facebook and WhatsApp directly to allow users to send and receive payments across the platforms.

Facebook will make money from Libra by placing a charge on each transfer, much like how cryptocurrency exchanges operate. However, it has also indicated that these charges could be transferred to the vendor, and it will be up to them whether they recover these from users or absorb them as part of the service.

Will Libra be safe?

Facebook has said that Libra will use "all the same verification and anti-fraud processes that banks and credit cards use, and we'll have automated systems that will proactively monitor activity to detect and prevent fraudulent behavior".

The Libra blockchain is also said to be immune from issues such as double spending, where a user may attempt to trick the network that funds had been sent when in fact they haven't. It does this by using what it calls the LibraBFT protocol, which allows any user on the network to see what transactions have taken place and look for anomalies.

Facebook has also said that a live support system will be in place to help users with problems such as lost devices or passwords. It has also guaranteed that if your digital wallet is compromised, any lost tokens will be refunded to your account.

Libra will also benefit from having an open source foundation, which includes the code for its blockchain. This means that a community of security researchers and developers will be able to constantly assess the network for vulnerabilities and advise on updates as and when they are needed. Facebook has also confirmed there will be a bug bounty scheme attached to the ongoing maintenance of the network.