Iranian government claims the industry is putting strain on the national power grid, but figures suggest something different 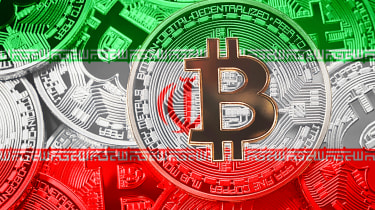 The hype around cryptocurrencies seems to peak and trough as frequently as new developments emerge in the Huawei trade ban saga, it seems so significant at the time but the excitement inevitably wains shortly after.

Most recently, interest in Bitcoin, and thus all other cryptos, reignited as the coin surpassed a $13,000 valuation for the first time since 2017. But the global bitcoin fever came as an unwelcome event to some - namely Iran's national power grid.

Iran's Energy Ministry shut down two cryptocurrency mining farms last week due to the undue strain they, and a rising number of farms like them, have placed on Iran's critical infrastructure.

Cryptocurrency mining farms have shirked most of the blame for a steep rise in demand from the country's electricity supply, which rose by 7% in the Iranian month of Khordad, a month that begins in May and ends in June in the Georgian calendar.

You might be struggling to visualise or quantify what a 7% rise in demand would be, so to put into more comprehensible terms, an Iranian Energy Ministry spokesperson Mostafa Rajabi said the electricity cost of mining a single Bitcoin equates to that same amount it would cost run 28 households for an entire year.

So, when you consider that the two farms shut down by the Iranian government were running around 1,000 high-powered crypto miners between them, it becomes a little easier to fathom the scale of demand placed upon the national grid.

Bitcoin mining farms that run hundreds and sometimes thousands of machines at once are among the most profitable ways of mining bitcoin. Bitcoin mining has become more difficult and compute-heavy over the years which means individuals can no longer feasibly mine on their own; a big set up is required to profit in the mining game.

There are a few different explanations as to why the country has seen a surge in digital mining activities, one that holds the most weight is that Iran has become an attractive home for miners due to its comparatively low electricity costs which would increase the profitability of mining operations.

According to RFERL, there have been reports of Iranian farmers who have set up crypto mining operations alongside their regular business because they receive subsidised electricity costs from the government for running an agricultural site.

This theory has been further substantiated by other reports and comments from government officials claiming mining operations have been popping up across the country at schools and mosques which both receive free electricity.

Rajabi said last week that the Iranian government is considering a special electricity tariff for cryptocurrency miners due to their mammoth power demands. Rajabi said the "unusual" spike in electricity consumption left the country's power grid "unstable" and caused issues for consumers.

Other explanations for the rise in mining operations on Iranian soil emanate from politics. More specifically, the harsh financial sanctions the US has placed on Iran. The sanctions came into force in November 2018, which have made sending and receiving money via methods such as bank transfer in Iran quite difficult.

The sanctions have negatively impacted countries from Europe and other signatories of the Iran Nuclear Deal who all want to maintain trade with the country. Banks have already been fined hundreds of millions of dollars for breaching these sanctions so most now simply ban transactions with the country, legal or otherwise.

How does this relate to crypto mining? Iranian citizens are reportedly turning to cryptocurrencies in order to quickly and securely make international payments while foregoing the sanctions placed on Iranian banks. This still isn't a guaranteed method of bypassing the harsh financial sanctions, though. The US has been known to aggressively pursue individuals that seek to convert US Dollars into Iranian Rial by transferring it via bitcoin.

While we know that crypto mining is on the up in Iran and that the operations are power-hungry, doubt still remains as to whether the industry is being scapegoated for Iran's possible mishandling of energy resources.

Iranian officials say that crypto miners should be paying electricity costs close or equal to those in foreign countries, but miners question the country's efficiency at running the power grid, and have little understanding of the variables affecting a mining farm's energy use.

"I always thought the government would be inclined to tax crypto mining, which would be natural, but now it seems the country is facing a long-standing electricity problem and crypto mining is an easy target," said Babak Nazari, former Iranian-based cryptocurrency miner, speaking to Al Jazeera.

"They also use the excuse that miners are consuming too much power, but referring to an industry's consumption without considering its efficiency is virtually meaningless," he added.

There are no official figures that indicate cryptocurrency mining is to blame for the country's power strain and Iran's Ministry of Energy doesn't keep up-to-date figures regarding its data on power consumption.

Some people believe the country is scapegoating the crypto mining industry for sustained failures at the grid. Even before the surge in mining, Iran was experiencing frequent power outages which suggested the country was facing difficulties with power management anyway.

Interest in bitcoin re-piqued recently as the coin's valuation soared beyond $13,000, resulting in some commentators claiming that the hike in valuation would continue beyond $20,000 - a feat that never materialised. The coin is now slowly dropping value, currently valued at just over $11,000 USD according to CoinMarketCap.

It was the second major rise in valuation for the cryptocurrency that garnered mass media attention in 2017 during its heyday for investors and enthusiasts alike. The price rose 20% earlier in the year due to an unknown investor ordering $100 million worth of the coin, sparking its biggest one-day rise in a year.