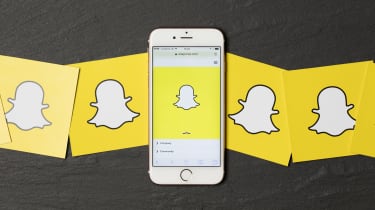 The announcement comes in the wake of Facebook's controversial political ad policy, which doesn't allow for any fact-checking, and Twitter's decision to block all political ads, which it defines as "content that references a candidate, political party, elected or appointed government official, election, referendum, ballot measure, legislation, regulation, directive, or judicial outcome".

Snapchat has situated itself as a happy medium between Facebook and Twitter's two extremes by allowing political adverts on its platform, but only after they've been properly vetted.

"And I think what we try to do is create a place for political ads on our platform, especially because we reach so many young people and first-time voters we want them to be able to engage with the political conversation," Spiegel said, "but we don't allow things like misinformation to appear in that advertising."

Every ad on the platform is reviewed by a team of humans, rather than AI software, to make sure it adheres to Snapchat's guidelines, according to a spokesperson for the company. A few ads have been banned through this process in the past, the spokesperson noted.

Though debates over how to regulate and fact-check political advertisements has heated for social media platforms, Google, owner of YouTube, has remained relatively quiet on the matter. According to market research firm eMarketer: "YouTube overall represents a steady 11% of Google's net US ad revenues." That accounts for roughly $3.4 billion of revenue for the tech company.

Notably, Facebook grossed approximately $6.8 billion in video ad revenue for 2018, Twitter brought in $633 million, and Snapchat roughly $397 million, according to eMarketer. Although Snapchat's digital advertising business is significantly smaller than Facebook's, the company experienced a 50% growth in third-quarter advertising for 2019. Establishing advertising standards while that facet of its business is still growing could set a precedent for advert regulation on the platform far into the future.