The tiny drone flies without any human control

Researchers have created the smallest, completely autonomous nano-drone yet. Able to fit into the palm of your hand, this tiny drone requires no human guidance to fly.

"In the Internet-of-Things (IoT) era, nano-size UAVs capable of autonomous navigation would be extremely desirable as self-aware mobile IoT nodes," said the paper published earlier this month by researchers from ETH Zurich, Switzerland and Italy's  University of Bologna.

"However, autonomous flight is considered unaffordable in the context of nano-scale UAVs, where the ultra-constrained power envelopes of tiny rotor-crafts limit the on-board computational capabilities to low-power microcontrollers."

The drone is the latest in a series of models developed by a team of researchers and attempts to overcome these obstacles.

Memory, bandwidth and power capacity are roadblocks to applying AI to drones, but this new drone only uses 94 milliWatts of energy. While the older model had to be in contact with a laptop running the convolutional neural network DroNet, this one uses the PULP (Parallel Ultra Low Power) platform. Its GAP8 chip is an ultra-low-power computing program based on RISC-V open-source processors.

Like the older model, however, the new one is only able to fly horizontally due to being trained with images from one plane.

Currently, a majority of unmanned drones in use are controlled by remote. In the UK, the use of drones has become widespread as it pushes the country closer to its an industrial strategy of improving efficiency, security and costs for businesses and government organisations.

The new UK regulations released this year, however, indicate that whether or not autonomous nano-drones become affordable, general use would still be restricted. Some rules include keeping the drone in sight at all times, not using it for commercial purposes and staying 150 feet away from people and buildings. Owners across Europe will also be required to register drones over 250g and pass safety tests. 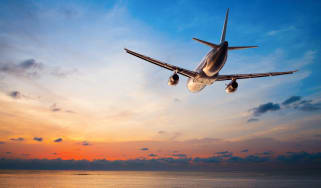