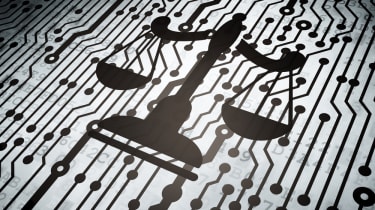 MPs have warned the Ministry of Justice (MoJ) it risks botching a massive 1.2 billion digital transformation of the UK courts system.

Pressure to deliver quickly and the need to make savings means Her Majesty's Courts and Tribunal Service (HMCTS) risks driving through changes without fully understanding the impact on users and the justice system more widely, Parliament's Public Accounts Committee (PAC) has concluded.

Digitising paper records and introducing virtual hearings comprise what PAC has described as a "hugely ambitious" project being implemented "on a scale which has never been attempted before anywhere".

The parliamentary group concluded that it had "little confidence" in the transformation in light of HMCTS falling behind its  timetable, and having still not shared a sufficiently well-developed plan of what it hopes to achieve.

"Government has cut corners in its rush to push through these reforms," said PAC chair Meg Hillier MP.

"The timetable was unrealistic, consultation has been inadequate and, even now, HMCTS has not clearly explained what the changes will mean in practice.

"It is difficult to see how these reforms could be called a success if the result is to undermine people's access to justice and to pile further pressure on the police and other critical public services.

"Government must engage properly with these challenges and explain how it will shepherd this programme through the upheaval taking place across the justice system."

The 1.2 billion programme, which also involves centralising customer services and closing down a handful of courts, started in 2016 with the aim of modernising aspects of the justice system by implementing new technologies and working practices.

The MoJ highlighted a number of innovations that are already in effect, including a pilot for video hearings in tax tribunals - with a view to rolling this out on a much wider scale - as well as the launch of an online 'Track Your Appeal' service in social security and child support tribunals.

"While other countries have attempted elements of what HMCTS is doing, no other country has attempted to change its whole system at this scale or pace," PAC's report concluded.

"HMCTS was unable to explain what the transformed justice system would look like and how it would measure whether the changes had been delivered successfully."

It added: "Organisations representing users of the justice system told us that although the reforms presented many opportunities, they had a poor understanding of what HMCTS is aiming for and how the new system will work in practice."

HMCTS hopes that 2.4 million cases will be handled outside physical courtrooms by March 2023, with 5,000 fewer staff employed across the country.

These changes will amount to savings of 265 million per year, according to the MoJ, but the PAC warned that HMCTS needs to ensure any savings made are "genuine" and not merely the result of offloading costs to other areas of the justice system.

"The report highlights the ambitious and transformational nature of our reform programme. We will study the committee's recommendations and respond in detail," a spokesperson from the MoJ said.

"Significant progress is being made to deliver the programme, including new digital services which have seen high take-up and satisfaction rates."

"We do recognise the need to engage more actively with our key stakeholders, and this is a key priority over the next phase of reform," the spokesperson added. "This is a challenging programme but we remain confident that it is on track to deliver the benefits promised and to help create a better, more straightforward, accessible and efficient justice system for all who use and need it."

The PAC recommended that HMCTS write to the committee in November to explain how it plans to engage stakeholders, before following up in January 2019 on how it plans to overcome the major shortcomings identified in the report.

This will include setting out a clear updated timetable for delivery, as well as identifying and evaluating the impact these changes will have on the public's access to, and the fairness of, the wider justice system.