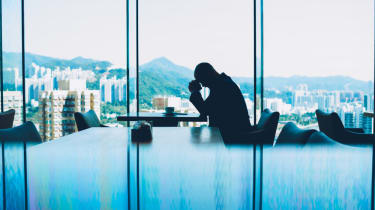 CEOs across the UK are becoming disillusioned with the short-termist attitude their boards have when it comes to digital transformation projects, research has found.

The vast majority of business chiefs, 72%, have grown weary of the unreasonable expectations that have been placed onto them by senior leadership and company boards in terms of the expected return on investment (ROI) from various projects.

Most CEOs, 64%, have advised their boards they should only expect to see ROI from artificial intelligence (AI) spending in three to five years. Just over half, 52%, also agreed the same timeframe was needed to see ROI for automation technologies such as robotics.

The KPMG survey of 150 CEOs also found that 86% feel overwhelmed by demands to make progress, while one in two doubt their wider management team even have the right skills to oversee the radical changes their organisation needs.

"Business leaders need to move away from simply fulfilling client needs, in sometimes laborious ways, to using technology achieve results with more depth, efficiency, and decrease the probability of error."

The impact of AI on the workforce is seen as being positive, meanwhile, in terms of the immediate future at least, with 71% of CEOs agreeing to implement AI in their business would lead to more jobs being created, given that firms need to hire experts to implement and maintain the new tech being introduced.

The findings follow comments by the Bank of England's chief economist Andy Haldane, who this week warned of the "dark side" of technological revolutions.

As companies increasingly adopt AI in the future, he said, they will need to create a huge number of jobs to avoid the longer-term issue of "technological unemployment". Speaking with the BBC's Today programme, he added the scale of job losses is likely to be as great as those recorded in the first three industrial revolutions.

Another recently released KPMG report, meanwhile, shed light on the amount of money pouring into digital transformation and fintech projects, with approximately $57.9 billion spent in the first half of 2018. This was more than the amount spent during the whole of last year.

The UK attracted $16 billion of investment in the first six months of 2018, followed by the US with $14.2 billion, and also saw four of Europe's top ten fintech deals over the past six months. The most attractive technology areas included blockchain, AI, and regtech.

"The reality is that digital transformation isn't a simple change that can be implemented overnight and deliver results straight away," KPMG's Heneghan continued.

"It requires embracement of innovative breakthrough technologies, investment in digital skills, and retraining the existing workforce.

"This change is needed and for some it is a major turning point, especially for those that have engrained processes, to make the change otherwise there is a real possibility of being left behind by technology first businesses."