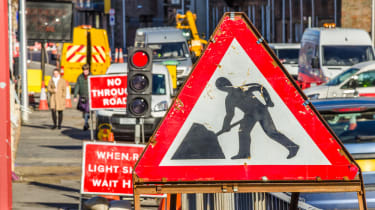 The UK government is launching a digital system called Street Manager that will provide real-time data on current roadworks around the country.

The Department for Transport is said to be investing up to 10 million into the digital planning service that is due to launch next year and will be available to tech companies and app developers.

It is estimated that two and a half million roadworks take place in the UK each year and Roads Minister Jesse Norman said that these can often be frustrating for motorists, especially when they cause hold-ups at busy times and delay journeys.

"We want to reduce this disruption and delay, and Street Manager is just one of a number of actions we are taking so that local authorities and utility companies can better plan and manage their roadworks," he said.

"The data opened up by this new digital service should enable motorists to plan their journeys better, so they can avoid works and get to their destinations more easily."

According to the government, current roadwork data, which is used by local authorities and utility companies, is costly and ineffective as it is out of date and incomplete. Street Manager will replace the old system and will be free for tech companies and app developers to use.

It is hoped that the existing apps and providers, such as Waze and Google maps, will integrate the open data into their services and allow other firms to create new products that help drivers avoid jams.

A good example of how open data can be used for transport has already come via TfL's open API, where Birmingham based programmer Matthew Somerville created a live map of the London Underground that tracked trains in real time.

Somerville's map is on a website and the API data is the same feed used by apps like Citymapper and Google Maps to offer up-to-date departure times and tube status updates for commuters.