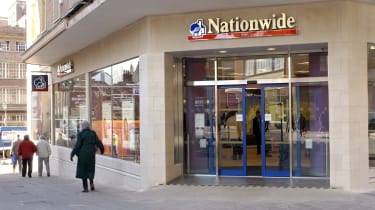 Nationwide has announced a multi-billion pound programme to digitally transform its services over the next five years.

The building society will commit a further 1.3 billion above the previously announced investment in a six-pronged approach that aims to overhaul legacy systems, and adapt high street branches, as well as build digital platforms.

Its investment will also see between 750 and 1,000 new jobs created, as well as the construction of a UK-based technology hub for existing staff to be trained and re-skilled.

"Nationwide is in an incredibly strong position, something we've achieved through understanding consumer needs and serving members on their terms," said its deputy chief executive Tony Prestedge.

"Testament to this is that we have over recent years realised record membership, customer service and financial strength and security.

"As a mutual we can afford to take a longer-term view rather than focus on short term gains. The pace of technological change means that we need to reassess continually how we serve our members in order to remain relevant, valued and competitive.

"We are therefore seizing this moment with confidence as we set ourselves up to succeed long into the future."

The transformation programme is based on six strands and will prioritise supporting branches with new technology as opposed to wholly replacing them and the staff who work there.

The plan will see Nationwide phasing out legacy IT systems, and simplifying its data estate from 20 stores to two while investing in machine learning and AI to more effectively process customer data.

This comes on top of an additional 350 million Nationwide committed to transforming high street branches, which CEO Joe Garner said was a testament to the value his company places on physical interactions with staff in an online era.

Speaking in a conference call with journalists, Garner explained the company was in a strong position but needed to prepare itself ahead of several "near-term challenges" including Brexit and the expansion of fintech.

He also cited rampant innovation in the financial services sector (such as open banking) and his view that data handling has become the number one driver of trust for consumers, as motivations behind the programme.

His comments resonate with the introduction of the EU's General Data Protection Regulation (GDPR), which gave citizens a raft of additional data and privacy rights, as well as a number of high-profile data misuse scandals.

The company's executives also said there would be no high-profile data migrations of the breed that has plagued high street banking competitor TSB. To underline the scale of this crisis, the IT woes which stretch as far back as April saw TSB's CEO Paul Pester resign earlier this month.

Transformation drives such Nationwide's often raise the prospect of job losses, with automation threatening to relieve humans in sectors such as customers services.

Retailer M&S for example recently announced it would replace its call centre staff with an AI chatbot - but insisted the 100 staff being replaced would be reassigned to in-store roles rather than being made redundant.