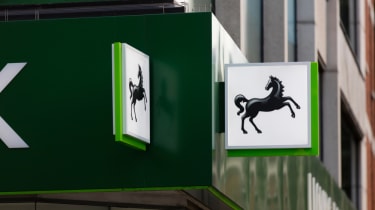 Lloyds banking group is planning a major overhaul to its workforce by pushing its digital operations with 2,000 new IT-based positions.

As part of the plan, 6,000 jobs will be cut in order to create 8,000 new digital roles and Lloyds said that 75% of the affected staff will be expected to move into these new positions.

Some specialist roles will also be recruited externally, such as data scientists and software engineers. The bank confirmed that no branches are planned to close due to the changes.

"Lloyds Banking Group will create an additional 2,000 roles, as it strengthens its capability to offer customers new leading-edge digital banking products and services," a spokesperson said.

"The Group is investing to further digitise the bank and will refresh some existing roles and create new roles within its structure, while also providing comprehensive retraining for colleagues to help them build their capabilities to meet the demands of these future roles."

The announcement forms part of a 3 billion commitment the Group made in February, which aims to "invest heavily in technology and people over the course of its three-year strategic plan."

Over the last few years, the strategy has seen the bank cut a considerable amount of its workforce, in a bid to streamline its services, which has included many digital jobs losses as it exported more of its IT infrastructure to India.

According to Lloyds, since 2011, over 90% of staff that had left had been through a combination of natural attrition, redeployment and voluntary redundancy.

Both Accord and Unite were consulted prior to the announcement and Lloyds has said that it will continue to consult the two unions.

A Unite spokesperson said: "Unite will scrutinise the detail of the announcement when it is made. Our priority will be to press the company to ensure there are no compulsory redundancies."