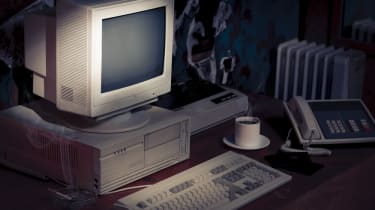 Politicians are "deeply concerned" about the slow pace of digital transformation in the Welsh NHS, with IT bosses engaging in a culture of denial and self-censorship, according to a new report.

A lack of openness and transparency underlines a series of structural failings and the slow rollout of digital innovations such as an electronic patient records platform, according to the Welsh Assembly's Public Accounts Committee (PAC).

In a 23-page report scrutinising the "informatics systems" in NHS Wales, assembly members (AMs) highlighted concerns over the capacity to digitally improve systems, as well as shortcomings in leadership.

The NHS Wales Informatics Service (NWIS), the equivalent of NHS Digital in England, came under particularly heavy fire for focusing on running outdated IT systems, while just 10% of its activities were geared towards innovation.

"The fact that NHS Wales still refers to its digital programme as "Informatics" is emblematic of how dated its approach is," the report said.

"Our inquiry has raised serious question marks about the competence, capability and capacity across the health system to deliver a digital transformation in Welsh healthcare.

"And yet we discovered a culture of self-censorship and denial amongst those charged with taking the agenda forward in NWIS, itself as well as its partners in the health boards and the Welsh Government."

The PAC also heard little by way of an understanding, both conceptually or technologically, of the benefits of using cloud services as opposed to legacy servers from IT bosses.

The report said there does not appear to be "any grasp of opportunities presented by the Cloud," and lamented that NWIS oversaw 21 outages during the first six months of 2018, on average one every nine days.

Because of an obfuscatory culture within the organisation, the AMs said it was unable to grasp the true scale of issues plaguing the Welsh NHS, and that a cultural problem "may be masking wider and deeper problems which we did not uncover".

Many witnesses interviewed, moreover, were reluctant to be critical of the health service's record on delivering innovation, with concerns that pre-prepared lines were being distributed to those who gave evidence.

In its response, the Welsh NHS Confederation agreed "there needs to be dramatic improvement" across the organisation's IT infrastructure, and pointed the finger at inadequate governance, as well as a lack of funding.

"The report makes uncomfortable reading," the NHS membership body said, "but reflects the frustration that exists across the NHS over delays in delivering an electronic patient record as well as concerns about the resilience of core systems.

"It should come as no surprise that the NHS in Wales and NWIS have been struggling to provide the quality of service and the pace of innovation required when the governance and funding has not been in place to enable that to happen."

The PAC listed several recommendations, including a review of senior leadership within the NWIS and NHS Digital, as well as six monthly updates from the Welsh Government on progress made on digital recommendations set out in a previous report.

Moreover, the committee demanded that any further funding for NWIS is tied with fundamental structural reorganisation "given that so many NWIS projects are either behind schedule, or operating to revised schedules".