Only 4% of businesses have signed up for Making Tax Digital 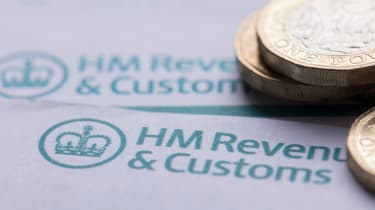 Only a fraction of UK businesses have signed up for Making Tax Digital (MTD), with 1.1 million still holding off ahead of the 1 April deadline, according to new FOI data requested by Float.

A mere 55,250 businesses have signed up for MTD, while HMRC says that there are 1.2 million businesses that will be mandated to sign up for looming deadline.

HMRC disclosed the data yesterday in a more positive light saying that more than 3,000 businesses are signing for the new service every day. Despite this, simple maths would indicate that only around 402,000 businesses will be signed up by 7 August when the first digital quarterly VAT returns are due for submission - less than half the mandated number of firms.

88% of businesses with a turnover above the VAT threshold use an external agent to manage their taxes, but only 13,427 of the businesses that had signed up by 18 March were signed up by agents, meaning the majority of firms signed up independently.

Only 1,679 agents have signed up clients to MTD so far out of the 72,000 agents that are acting for the mandated businesses which equate to just 2%.

Failure to meet the deadlines and demands of MTD will result in businesses accruing points and penalties with HMRC, a build-up of these points will result in financial penalties.

"The Making Tax Digital deadline is fast approaching, and the vast majority of businesses are still unaware of what is required of them," said Colin Hewitt, Float CEO and co-founder. "While many businesses will have heard of MTD, they are busy running their businesses and often rely on their accountants to communicate what they need to do".

"Sadly many accountancy firms are still very much reactive rather than proactive, and won't have done more than sending a few emails which will probably be sitting buried in inboxes across the country," he added.

Businesses can have these points stricken from their records after a period of good compliance with deadlines and there will also be a grace period introduced at the start of MTD for those still getting to grips with the system.

"To fulfil MTD requirements properly, businesses need to look at registration today if they haven't already -- embracing its adoption rather than fighting it," said Hewitt. "If you haven't reviewed your VAT process, methods and software, you should."

Making Tax Digital comes into effect 1 April and it's long been known that businesses are struggling to make the switch. If your business is one of the firms that will be signing up without an agent, our handy guide on the right accounting software for MTD will be right up your street.