Why Schroders digitally revamped its HQ just months before moving out

For this London financial services firm, an overhaul of its IT systems laid the groundwork for a successful relocation 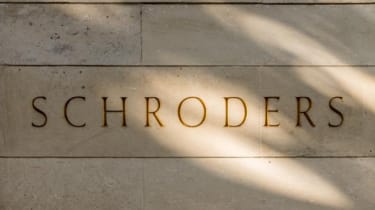 Most companies, at some stage throughout their existence, undergo a major relocation of their headquarters. This can happen for a variety of reasons. While this is rarely a simple process, for firm Schroders this was being plotted alongside a monumental digital transformation project.

The "slightly adventurous task", as the company's global head of communications IT Paul Baird describes it, involved moving approximately 2,500 people over several weeks last summer, while aiming to keep up with its ambition to reinvent itself with the times.

The now 205-year-old firm pitches itself as a technology company that sells financial services, Baird tells IT Pro, and keeping up with this characterisation required the company to keep up-to-date with the latest workplace technologies.

"It's quite a big change for somebody who's been sat at the same desk for five or ten years," he continues, "all of a sudden to have to move into another building, to present them with a whole array of blistering new tech, at the same time, may have just gone a step too far."

The solution, therefore, was to start the first wave of transformation some 18 months before the move was scheduled to take place in September last year. The key motivations were to drive technological change both by ridding the firm of obsolescence and also to innovate on day-to-day workplace operations.

This was all overseen by a strategy that demanded employees have access to their work data anytime, from any place and from any device. Meanwhile, Baird's team "tried enormously" to meet the demands made by human resources (HR) leaders, who themselves wanted to really push for a flexible work strategy. The overall aim was to reduce the physical barriers to work.

Baird says he and his team decided to start the process so early in order to "de-risk it, make people more comfortable, and also just avoid that horrible kind of unsettling feeling, because people ultimately just don't like change".

The project involved rolling out new technology like video conferencing systems to mobile services, as well as new services from Microsoft, such as Office 365. For the provisioning of the virtual desktop fundamentals that everything else would sit atop of, including the dedicated networks, dedicated storage and virtual desktop infrastructure (VDI), the company turned to Citrix.

The main roadblock to moving the tech, however, came in the form of the company's data centre, which sat in its previous head office. Nothing could be done without first moving this.

"It was difficult and we were a new team by-and-large. It was a process of discovery and what we were trying to do as well with that data centre move was not move legacy, but move and transform at the same time."

This was exciting, Baird says, because the company had everything from new storage services, to new switching infrastructure, to new server platforms. There was a "whole big set of transformation changes" that was done as part of that, and it finished up in a virtual desktop environment.

Naturally, this invited a lot of pressure. "The actual move itself was nerve-wracking as a global technology department because everything is riding on you; all the facilities people and all the programme managers involved in all the building and everything else," he says.

"We built the networks before we even completed the building. So everything had been tested." Nevertheless, Baird couldn't help as the migration was going ahead but constantly think: "What have I missed?"

Another major challenge was introducing this technology in an accessible way that didn't alienate and frustrate staff, all while ensuring the principles of flexible working were being adhered to. Working in financial services and in the City of London, Baird says, is "by its very nature quite old-school" so his company really had to break the mould

The changes now encompass employees working from home one or two days per week, job-sharing, people working three days per week, among other practices, and Baird feels the company has truly met these needs. Now he hopes that by 2020 the entire global estate will model itself on what he has done with the new London offices, with locations in 27 countries all clamouring to get in on the action.

"When I started we had just less than 30 video conference rooms globally and now we have 230. And they're used all the time," he says.

"Now people will do a video call instead of a telephone call and will ask everyone to switch on their cameras, and that's going to become more prevalent. As we expand globally as well, there'll be a far greater amount of global working that we'll be able to do through the technology. That's ultimately the biggest thing that I see in two or three years."