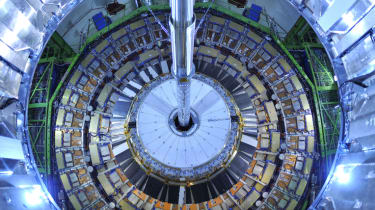 One of the world's most renowned research organisations will move its IT software away from Microsoft after the tech giant stripped its academic licence status.

Having been a Microsoft customer for two decades, the European Organization for Nuclear Research, also known as CERN, will undergo a major migration towards 'open software' from this year.

Due to its status as an "academic institution", the organisation was able to use Microsoft services at special rates and conditions. However, as part of a contract renewal process in March, CERN's licence was re-categorised, meaning the organisation would now face far steeper costs as a result.

CERN projected that the cost of the new agreement would increase by a factor of ten for over the course of a ten-year licence. The institution deemed these additional costs unsustainable, despite negotiating a ramping-up profile with Microsoft that would see costs steadily increase over the contract period.

"Given the collaborative nature of CERN and its wide community, a high number of licenses are required to deliver services to everyone, and when traditional business models on a per-user basis are applied, the costs per product can be huge and become unaffordable in the long term," the organisation said.

Shortly afterwards the organisation sparked a programme dubbed the Microsoft Alternatives project (MAlt) in a major rebuke to the industry giant. This seeks ways to migrate CERN's software away from commercial providers and instead find open source alternatives.

"The initial objective was to investigate the migration from commercial software products (Microsoft and others) to open-source solutions, so as to minimise CERN's exposure to the risks of unsustainable commercial conditions," CERN continued.

"While the Microsoft Alternatives project is ambitious, it's also a unique opportunity for CERN to demonstrate that building core services can be done without vendor and data lock-in."

The first phase of this multi-year effort is now underway, with CERN aiming to deliver the same standard of service to all personnel, while avoiding vendor lock-in, and maintaining control of its data.

The organisation will first migrate its email service for the IT department and volunteers in the summer, before undergoing a CERN-wide migration if this proves a success. Skype for Business clients and analogue phones will also migrate to a softphone telephony pilot.

The challenge will also see CERN test many other products and services through a host of alternative software used for core IT services. It expects further prototypes and pilots to emerge over the course of the next few years.

Although it's currently unclear why CERN was stripped of its academic status, the decision to move to open source will come as a high-profile blow to the software giant. IT Pro has contacted Microsoft for clarification.