Manchester police forced to release suspects after botched IT upgrade 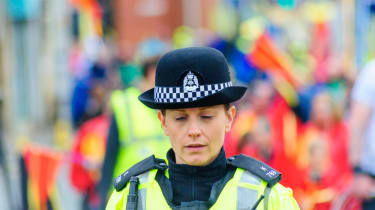 A processing backlog following a botched IT upgrade has left police in Greater Manchester being unable to bring charges against suspects, a lawyer has claimed.

The alleged faulty software, installed in July, has left many cases without the required information to bring suspects to trial, with claims that the backlog is also putting officers and the general public at risk.

The Integrated Operational Policing System (iOPS) was delivered by outsourcing company Capita, a year and a half behind schedule and for a cost of 27 million.

The system was part of a larger digital transformation project designed to provide a single, integrated platform to support public contact, emergency response and investigations, but it has been fraught with problems since its launch.

However, according to Robert Moussalli, a Manchester-based lawyer speaking to The Guardian, the system has ground to a halt and a number of his own clients have had their cases dismissed due to a lack of paperwork.

"To start with they had real problems because for some reason the new software wouldn't let them charge anyone, so they were having to release suspects 'under investigation' unless they processed them manually, which takes a long time," he said.

A 16-year-old boy who appeared in Manchester youth court on charges of assaulting a police officer and possessing a knife, had his case adjourned because the prosecution didn't have the required information to proceed with the case, according to Moussalli. In that instance, the police were unable to upload the details to iPOS and pass on information to lawyers.

A number of officers have also complained that the system puts the public and themselves at risk, according to the Manchester Evening News. Staff have reported difficulty accessing information about crimes committed in their patches, which has resulted in officers attending incidents and patrols without being fully briefed.

The local paper also said several unnamed officers had warned that lives could be lost if the system is not sorted out swiftly. They reported that some missing person files have gone missing themselves, and officers have been repeatedly locked out of the system as a result of login errors.

This is the latest report of a botched IT system provided by Capita. In May 2018, the National Audit Office (NAO) heavily criticised the company for a 2015 deal to transform back-office services for the NHS.

Similar problems were found by the army when it used Capita to reform its recruitment process. It was part of a 1.36 billion digital transformation project but it resulted in the army failing to meet its recruitment targets for every year since the contract began.