Digital transformation is becoming as essential as paying your workers' wages, but it's not always a love story 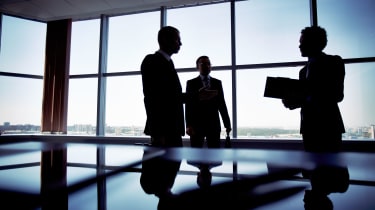 While the benefits of digital transformation are widely touted, 73% of organisations have found their projects fell short of being truly revolutionary.

Despite the large majority of global businesses embarking on at least one digital transformation project, most are left unsatisfied by the result, with 86% said that legacy tech and complexity of a project held them back from developing further.

That's according to the latest figures from Couchbase, which surveyed 450 heads of digital transformation in the UK, US, France and Germany.

It's not all doom and gloom, nearly three quarters (73%) of the respondents admitted  their projects have made "significant" or better improvements as a direct result of digital innovation, although 81% said in they had either experienced a delay or failure of a project in the past 12 months.

That shouldn't a be a deterring factor though, the necessity to innovate has never been greater as 47% of UK businesses report fears of becoming less relevant if they fail to digitally transform.

"Digital transformation has reached an inflection point," said Matt Cain, CEO of Couchbase. "At this pivotal time, it is critical for enterprises to overcome the challenges that have been holding them back for years."

"Organisations that put the right people and technology in place, and truly drive their digital transformation initiatives, will benefit from market advantages and business returns," he added.

The sharp rise in digital transformation is, in part, due to the level of disruption being experienced across almost all verticals.

A huge majority of UK respondents (87%) agreed that disruption in their respective industries had accelerated over the past 12 months.

Figures from IDC estimate that worldwide spending on digital transformation will reach nigh-on $2 trillion (1.6 trillion) by 2022 as the world aims to keep up with emerging technologies and increasingly digital world.

The analyst firm added that just four industries would comprise nearly half of the world's $1.25 trillion (1 trillion) digital transformation spending in 2019. These were discrete manufacturing, process manufacturing, transportation and retail.

"IDC predicts that, by 2020, 30% of [Forbes Global 2000] companies will have allocated capital budget equal to at least 10% of revenue to fuel their digital strategies," said Shawn Fitzgerald, research director at Worldwide Digital Transformation Strategies.

"This shift toward capital funding is an important one as business executives come to recognise digital transformation as a long-term investment.

"This commitment to funding [digital transformation] will continue to drive spending well into the next decade."

Elsewhere in Couchbase's survey, time management seemed to also be an issue many businesses wrestle with when it comes to completing digital transformation projects. A substantial 42% said they were behind schedule, or at risk of falling behind, on their most significant project.

UK organisations were either mainly on track but at risk of falling behind or somewhat behind schedule.

Around half of the projects are also driven predominantly by the organisation's IT team without regular consultation with, or input from the C-suite.

Without business objectives having a major influence on the strategy of delivering the project, organisations can expect the project's outcomes less effective than originally planned.

"In order for companies to succeed with their digital projects and overcome the inherent challenges with these new approaches, they have to attack the projects in a comprehensive and systemic way," said Cain.

"Transformation is ultimately achieved when the right combination of organisational commitment and next-generation technology is driven across the entire enterprise as a true strategic imperative, not left in the sole hands of the IT team.

"The best technology will then help companies enable the customer outcomes they desire," he added.