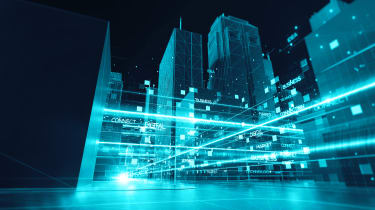 The negative public perception of emerging disruptive technologies is holding businesses back from digitally developing.

While the general perception of technology is largely positive, those who aren't necessarily well-educated on the intricacies of blockchain or driverless cars, are reporting a lack of trust, according to figures from Fujitsu.

Technologies such as artificial intelligence (AI) and quantum computing could present significant business benefits but the majority of businesses said they held back on implementing them due to uncertainty of the public perception and the resulting damage it could have on their brand.

It's these types of technologies that businesses face pressure to adopt, be it reacting to a competitor's advancements or pressure from those in the boardroom who think it makes business sense.

But despite mounting pressure to deliver technological innovation, businesses must balance the need to stay ahead in their industry with keeping their customers loyal and trustful of their brand.

"The public clearly has a complicated and nuanced view on technological change, where they value its impact on everyday life but are wary of trusting the emerging technologies that will drive significant change in the future," said Ravi Krishnamoorthi, managing director and head of private sector, Fujitsu UK.

"In order for both the UK to thrive and for business leaders to feel confident that they can accelerate their adoption in light of this, we must build trust in technology," he added.

The public perception of technology is complicated indeed, while 39% of the public agree that it's the positive development in the UK, only one in four feel positive about the future of the industry and its impact on the country.

A third of people said they couldn't live without technology for more than three days, yet most think the industry is only going to get worse with time - a view which contrasts sharply with that of business leaders.

The view held by those in decision-making roles is mostly more positive than that of the public. The majority (79%) believe technology has been a significant and positive driving force in business and 72% believe it will continue to be a cornerstone of success.

However, it isn't just the public that's holding businesses back from jumping on the innovation train. Most business leaders said that they're concerned about losing the benefits of innovation due to inadequate planning and foresight needed to implement new, rapidly emerging technology.

While businesses continue to tackle the balancing act between staying relevant through innovation and keeping their customers' and employee's trust, they still must meet public expectations of businesses - to have a positive impact on the world.

Just under half (48%) believe large organisations don't truly care about their impact on the world and this figure should be lowered in order to avoid alienating the customers keeping them afloat.