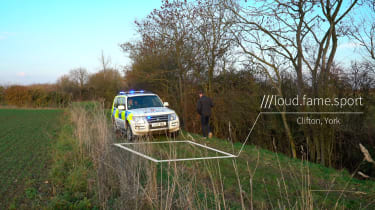 Capita has integrated the What3Words app into its 'Vision' control systems to help emergency services locate 999 callers in difficult to pinpoint areas.

What3Words is a startup that uses geographical data to map the world into three-metre squares. Each square is given a three-word address and can be accessed via the company's app.

For people who need to contact 999 but have nothing to identify their location, the app gives them a code to send to the emergency services.

This will now be integrated with Capita's 999eye video streaming service, enabling emergency teams to access both an accurate location and live video link of incidents.

"It will make it easier for us to coordinate our resources to the precise location where help is needed. With the app being integrated with our electronic systems, it will also make it easier to share key location information between our blue light colleagues, teams and partner agencies."

What3Words came to light in 2018 after Police in Sommerset used it to locate a woman who's car had come off a rural road. She was given a link to the app, which then presented her with the three-word location her vehicle had landed in.

The whole idea hinges on the fact that there are enough combinations of three words that you can uniquely fill every three-meter square in the world, according to Chris Sheldrick, the CEO and founder of What3Words.

"We really just wanted to focus on simplicity because then its something people can just use," Sheldrick told IT Pro. "And if it's as simple as saying I live at 'Chair', 'Spoon', and 'Toffee' and there is only one of them in the world, that just reduces so much frustration and difficulty. It's enormously powerful, it helps anybody get anywhere, it helps logistics deliver things to the right place and it's global and multilingual.

"It will still tell you the three words where you are, even if you're offline, anywhere in the world. Obviously, if you're in an emergency, you still need to find a way of contacting the emergency services. In some cases, you don't have any data, but you have enough, let us say 2G signal on your phone to be able to call 999, in those times it can be incredibly useful. And that is the case in a lot of rural areas."

Such initiatives are yet another example of how digital technology is increasingly being integrated into the emergency services and the wider public sector with aims to specifically improve certain services rather than simply move systems into the cloud.