Electronic records are not being completed following errors in a platform used by 6,000 GPs across England 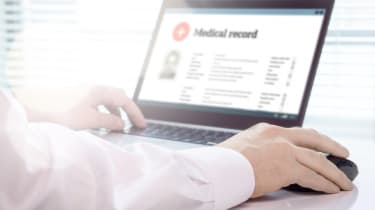 Problems with an NHS supplier's software has rendered thousands of GPs across the NHS unable to access information kept with electronic patient records.

An issue in version 7 of Docman's platform, used by approximately 6,000 GP practices across England, has meant letters received through NHSmail, automatically scanned and added to patient records, are not being uploaded.

An alert released by NHS England, which is no longer available, confirmed the issue will have affected GP practices whose systems have an electronic document transfer function enabled, according to Pulse Today.

To mitigate the problem, NHS England's alert added that practices using the platform should download and install an additional application to identify whether any records are not being processed.

The organisation also asked surgeries to establish the impact on patient safety, and share the findings with their supervising body should they identify any unprocessed documents.

NHS England did not provide any further details, but a spokesperson said: "GP Practices and the BMA are working with NHS England and NHS Digital to assess the extent of the issue and any potential impacts, as well as corrective actions."

The British Medical Association's (BMA) General Practitioners Committee (GPC) has expressed "serious concerns" about the issue, and has created a survey for GP practices which might be affected.

"The GPC has serious concerns about the issue, and we are therefore conducting a brief survey of practices in England in order to estimate the size of the workload impact, so that we can make the argument for compensation for affected practices to NHS England," the survey said.

NHS Digital's bid to transform the health service's legacy infrastructure has seen it invest in a number of projects of late - including 1.5 million for data sharing schemes, and funding for social care pilots run by local authorities.

But bumps along the way have been inevitable, and Docman's IT woes underline the difficulties the NHS faces in its bid to digitise patient records - given this demands a degree of dependency on the performance of external suppliers.

IT Pro approached Docman multiple times but a spokesperson has yet to respond with a comment.