Microsoft in the clear over anti-Gmail ad campaign 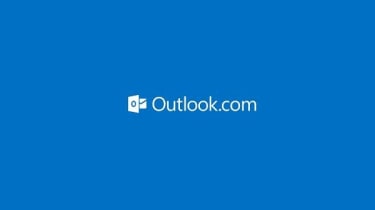 Microsoft has escaped the wrath of the Advertising Standards Authority (ASA), despite complaints being made about an anti-Gmail radio ad campaign the software giant recently ran.

The advert at the centre of the controversy suggested Gmail users should communicate with their contacts in Pig Latin to prevent Google from scanning the content of their emails for ad targeting purposes.

The ad made clear that the privacy claims were in relation to ad targeting, which Outlook.com does not carry out, we therefore concluded that the ad was not misleading.

It then went on to claim Microsoft's own Outlook.com does not indulge in this practice, and also gives users the option to opt out from receiving personalised ads.

"To stop Gmail from using your emails, use Outlook.com," the advert stated.

According to an adjudication notice on the ASA's website, two people complained about the advert, claiming Microsoft was misleading listeners by implying Outlook provides greater privacy than Gmail.

"They understood that Outlook also scanned the contents of all emails, for purposes other than targeting ads," the ASA statement continued.

In its defence, Microsoft insisted it only scanned users' emails for viruses and spam, and that using the contents of emails to create targeted ads was a "significant privacy issue".

It then went on to state that it failed to mention its protective scanning procedures in the ad because it was standard practice within the industry, and many consumers will already be aware that it does this.

Therefore, the advert was not misleading listeners, Microsoft claimed.

In response, the ASA said Microsoft has no case to answer, because scanning emails for viruses is standard practice, and as such listeners were likely to expect it to be carried out as a matter of course.

"We noted the ad referred explicitly to Gmail scanning email content for the purposes of targeting ads, and this reference was immediately followed by the statement Outlook.com doesn't'. We considered listeners were likely to appreciate this statement was only in relation to scanning for ad targeting rather than protective scanning," the ASA stated.

"Because the ad made clear that the privacy claims were in relation to ad targeting, which Outlook.com does not carry out, [and] we therefore concluded that the ad was not misleading."