What are the alternative workplace communication options in a world where email is banned? 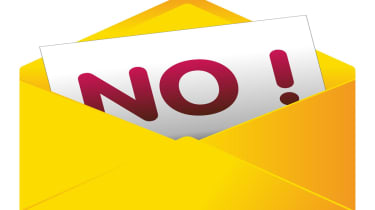 The key learning from this report says that by replacing internal email with a social network, workers have more messages to sift through and have to go looking for information because email has low noise - much of the time, emails are straight and to the point. Social, on the other hand, is exactly what its moniker suggests. Social means messages are going backwards and forwards and, as such, they're more likely to include things that are essentially off-topic.

Companies using an enterprise social service found employees had to spend more time looking for information, according to the research.

The problem may just be that social enterprise services haven't quite evolved enough to completely eliminate the need for internal email, claims Forrester analyst Philipp Karcher.

"Social today is a complement, not a replacement for email. Employees in the most mature social enterprises still check their inbox first and activity streams second," he says.

The solution could be email in the cloud allowing employees to have bigger inboxes with a better search and sorting facility, allowing social services to operate on the side.

"There are also new useful technologies to organize email like priority inbox and more radical solutions in the form of email filtering services like Sanebox," he explains.

Mann concurs, adding: "Match the tool to the style of working and incorporate it directly into processes. With no guidance or structure, people drop to the lowest common denominator that they know everyone looks at every day. Give them something better."

Some firms are having success with the social side of things though. In 2011, Thierry Breton, CEO of consulting and technology services firm Atos, decided to ban email to encourage his employees to start talking again, instead of relying on technology.

The company has 76,000 employees in 42 different countries and after asking its employees about their email habits, it turned out they spent between 15 to 20 hours a week checking and answering internal emails, with around 100 internal emails arriving a day. Only 15 per cent of these emails were deemed useful.