It’s been 25 years since Word, Excel and others brought office productivity to the masses 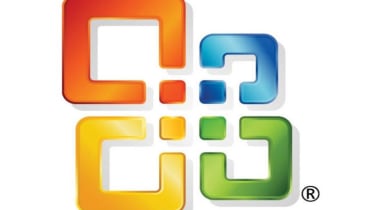 Office has been around for 25 years now and been an essential part of any desktop computer during that time. But how did Word fend off WordPerfect and Excel make Lotus 1-2-3 merely a side note in history?

The core applications that made up the first version of Office (Word, Excel and PowerPoint) existed as separate applications as far back as the early eighties. It was 1989 before these would come together as Microsoft Office 1.0. That was for the Mac, the Windows version would come a year later.

Prior to that, Word and Excel existed as separate programs. The first version of Word was developed by Charles Simonyi and Richard Brodie, former Xerox programmers hired by Bill Gates and Paul Allen in 1981. Word 1.0 was launched in October 1983 or Xenix and MS-DOS. It wasn't until Windows 3.0 came out in 1990 that Word became a commercial success, eclipsing rival word processor WordPerfect (which never recovered). Part of this was because Word was more mouse-centric that WordPerfect (which was more keyboard-centric).

Before Excel there was a spreadsheet package created by Microsoft called Multiplan. It was launched in 1982. While popular on computers running CP/M, Lotus 1-2-3 ruled on MS-DOS. Its other competitor was VisiCalc. The first version of Excel was launched for the Mac on September 30, 1985, and the first Windows version was 2.05 in November 1987. Lotus was slow to bring 1-2-3 to Windows, giving Microsoft a head start. By 1988 Excel was outselling 1-2-3.

PowerPoint has its history in another program called Presenter, an application developed for the Mac in 1987. It was renamed PowerPoint over trademark issues. In August of the same year, PowerPoint's developers, Forethought, was bought by Microsoft for $14 million. The first version of this software to be produced under the Microsoft name came out in 1990 when Windows 3.0 was launched.

The Office family gets bigger

With Word, Excel and PowerPoint together under the Office banner, soon came other applications. Just after Office 1.0 was released, a basic email client called Microsoft Mail was added. Database Microsoft Access was launched in 1993 as part of Office Professional 3.0.

Other Office applications have been developed and added to Office over the years. Mail was beefed up, given a personal information manager and called Outlook. OneNote was added to bring a virtual notebook; Publisher, a simple desktop publishing program; Project, a project management tool; and Visio, a flowchart and diagram application.

Getter bigger and onto more platforms

Over a billion people now use Office around the world. It is not only available as software you install on the desktop; it also comes as SaaS in the form of Office 365. Versions for iOS and Android operating systems have also been developed as users' need change. While Windows may falter, Office remains virtually unchallenged, despite the emergence of cloud-based rivals, such as Google Apps. Here's a brief history of Office.

Turn to the next page for more detail about each version of Office so far...

In November 1990 Office 1.0 was launched. This was a combination of Word 1.1, Excel 2.0 and PowerPoint 2.0. This was the same year Microsoft became the first company to exceed $1 billion in sales for one year. Microsoft Office for Windows 1.5 updated the suite with Microsoft Excel 3.0, while Office 1.6 added Microsoft Mail for PC Networks 2.1.

Also known as Microsoft Office 92, this contained Word 2.0, Excel 4.0, PowerPoint 3.0 and Mail 3.0. It was also the first suite to be released on CD-ROM. Microsoft Office Professional added Microsoft Access 1.1

This release featured Word 6.0, Excel 4.0a, PowerPoint 3.0 and Mail. Word had a version number jump to 6.0 from 2.0 so that it would have the same version number as the MS-DOS and Macintosh versions. Microsoft Office 4.2 for Windows NT was released in 1994 for i386, Alpha, MIPS and PowerPC platforms. This features Word 6.0 and Excel 5.0 (both 32-bit, PowerPoint 4.0 (16-bit), and Microsoft Office Manager 4.2 (a forerunner to the Office Shortcut bar).

As Windows 95 launched so did Office 95 followed. Version numbers were altered to keep step across the suite. It was also fully 32-bit to run on Windows 95. There were two versions; Office 95 Standard and Office 95 Professional. The latter sported Access 7.0.

Boasting a plethora of new features and improvements, Office 97 launched command bars that made menus and toolbars more similar in capability and visual design. This was the first version to feature the infamous Clippie Office Assistant.

Also known as Office 9.0, this debuted adaptive menus, where lesser-used options were hidden from the user. There were also security features including digital signing to combat macro viruses.

Released in conjunction with Windows XP, Office XP (aka Office 9.0) was a major upgrade to the suite. This unveils a Safe Mode feature that enables applications to boot when it might otherwise fail. This allowed the suite to detect and either repair or bypass the source of the problem. Also introduced integrated voice command and text dictation capabilities, as well as handwriting recognition.

Skipping Office 13.0 (it's bad luck), Office 14.0 came with a backstage file menu, new collaboration tools, a customizable ribbon, protected view and a navigation panel. This was also the first version of Office to come as either a 32-bit or 64-bit version. Microsoft launched Service Pack 1 for Office 2010 on 28 June 2011.

Another application interface revamp for Office 15.0 based on the Modern UI (nee Metro). There are new visualisations for scheduled task and PowerPoint gets more templates and transition effects. Excel comes with a tool for filtering data in a timeline and the integration of advanced trigonometric functions. The suite makes use of cloud computing and adds touch capabilities. At the same time, Microsoft launched Office 365, its cloud-based version of the office suite to allow users to access and work on documents without having to be present at a particular computer.

This includes the capacity to create, open, edit, and save files in the cloud straight from the desktop as well as a search tool called "Tell Me" that helps users find out how to do things in applications. There is also a feature called Insights. Powered by Bing, this provides contextual information from the web. There are also new chart types in Excel, such as treemap, sunburst chart, waterfall chart, box plot and histogram. Office 2016 also removes the ability to run old versions of Office in parallel to the latest one.