ARPANET pioneered networked computer-to-computer communication and use of @ symbol 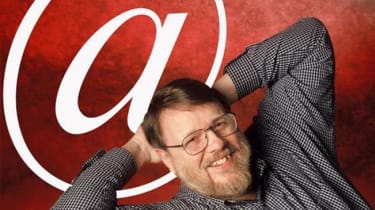 Ray Tomlinson, widely considered to be the creator of email as we know it today, has died of a suspected heart attack aged 74.

Tomlinson was one of the pioneers of ARPANET, the predecessor of the internet created by DARPA, where he set up the first email system in 1971, although it would be six years until it became the widespread standard.

He is also credited with taking the "@" symbol and transforming it from a shorthand only used by the likes of greengrocers into one of the most recognisable and influential in the world.

Explaining his choice of the "@" symbol, Tomlinson said: "I chose to append an 'at' sign and the host name to the user's (login) name. I am frequently asked why I chose the at sign, but the at sign just makes sense. The purpose of the at sign (in English) was to indicate a unit price (for example, 10 items @ $1.95). I used the 'at' sign to indicate that the user was "at" some other host rather than being local."

It is this email Tomlinson described as "the first message of any substance", adding: "The test messages were entirely forgettable and I have, therefore, forgotten them. Most likely the first message was QWERTYUIOP or something similar."

Tomlinson was inducted into the Internet Hall of Fame in 2012, where his official biography can be read.