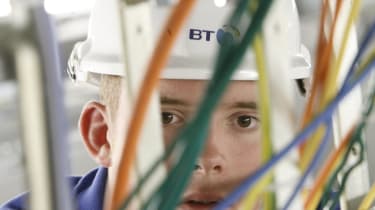 BT has apologised to customers following an incident that left some subscribers without email for several days.

According to the telco, only a "minority of customers" were affected by the outage, caused by a technical error, that left them unable to access BT Mail for a number of days.

A spokesman for the company told IT Pro that it was advised by their email partner Openwave Messaging that there was a problem with migration on Saturday night, "which meant that a minority of BT's customers would have seen an error when trying to log in and were unable to access their email".

"These customers were also unable to receive any emails into their mailbox during the period. Openwave Messaging has advised that some emails may have not have been received or been lost during the period of affected service," he added.

The spokesman said that access now been restored for all customers and "if any customers are still be experiencing issues it may be because they haven't cleared their cache".

It gave a web link to instructions on how to clear the cache in order to get the service back up and running for punters. Should customers still have problems, BT asked them to contact it via its online form.

BT has been trying to move its email from Yahoo Mail to BT Mail since last year. The migration of millions of accounts has not gone smoothly.

The firm has also had to deal with a major outage that prevented millions of users from visiting certain websites, including BT's own customer service hub, thanks to a DNS error. The telco was once again forced to make an apology to customers.