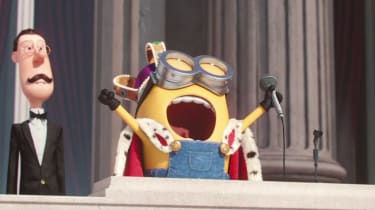 Google has been forced to backtrack on an April Fools' Day prank that went drastically wrong.

To mark the day, the tech giant added a feature to Gmail allowing users to send messages with a gif of a Minion dropping a mic, with any replies to that message never reaching the user's inbox.

The 'Send + Mic Drop' button replaced the usual 'Send and Archive' option, which caused many users to unwittingly click the button and send messages featuring the 'MicDrop' gif.

In a blog post announcing the feature, Google said: "Today, Gmail is making it easier to have the last word on any email with Mic Drop. Simply reply to any email using the new 'Send + Mic Drop' button. Everyone will get your message, but that's the last you'll ever hear about it. Yes, even if folks try to respond, you won't see it."

Many Gmail users subsequently took to Google's support forums to express their anger over the feature, with one user complaining they had lost their job due to accidentally sending the gif to their boss, while others complained that they had accidentally sent it to important business contacts.

It does appear, however, that Google had thought about the issue posed to businesses prior to the release of the prank, as the button was not enabled on the accounts of enterprise business users.

"Due to a bug, the Mic Drop feature inadvertently caused more headaches than laughs. We're truly sorry," Google said in a statement earlier today that was added to the original blog post. "The feature has been turned off. If you are still seeing it, please reload your Gmail page."

Google did not immediately outline the cause of the bug, but added: "It looks like we pranked ourselves this year."