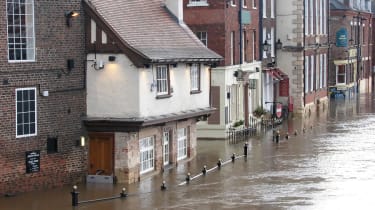 A number of TalkTalk services suffered an outage yesterday, with the telco blaming flash flooding for the problems.

Pages on the company's website displayed a holding message saying: "We'd like to apologise for any inconvenience during this time and suggest you try again later. Also due to severe weather conditions some of our systems are currently unavailable which means we may not be able to assist you when calling and suggest you don't call us right now unless it's urgent."

The services and webpages affected wereTalktalk.co.uk, Talktalk webmail, Help2.talkTalk.co.uk and talktalk.co.uk/contactus, making it tricky for users to report problems or get an update from the company. 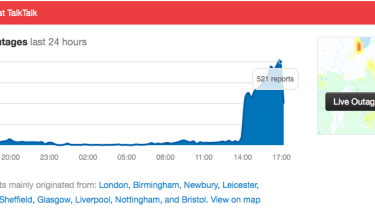 Because the company did not tell customers it was planning to perform maintenance on its website, many users had speculated it could be another hack, after the company was breached last year.

Phat Monkey wrote on Twitter: "Anyone else not receiving#talktalkemail? Their site is down with a so called upgrade, hacked again? Why not warn customers 24hr before?"

However, TalkTalk has ruled out that possibility, blaming the outage on flash flooding in the Midlands, adding that its services are back online.

A spokeswoman toldIT Pro: "After the flash floods in the Midlands that led to some service disruption yesterday afternoon, we were able to bring the affected systems back online overnight. This means that all areas on our website are now accessible and email service should also be back up and running, although it might take a few hours for the backlog to clear."