Gmail vs Outlook.com: Which one is better?

Which is the best for business and productivity? We put the two biggest email services head-to-head to find out 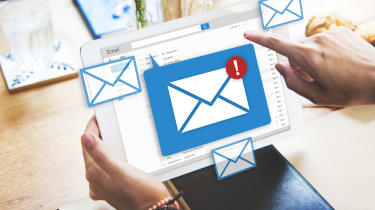 Although there's a fair amount of hype around whether the email will survive in a world where real-time communication via the likes of Skype chat and Slack are becoming mainstream, email still remains one of the most popular forms of communication in the business world.

Sure, it's demise is becoming more of a hot topic now legislation such as the General Data Protection Regulations (GDPR) exist, but let's be honest, it's likely to be some time before we see the demise of the email.

But now we've made it clear that email is going nowhere, how do you choose how to receive your emails to ensure you get the best experience? As email is such a popular communication tool, it's pretty important the tool you use to read, reply and delete unwanted communications is simple to use.

Two of the most popular email providers across the world are Google's Gmail and Microsoft's Outlook (previously Live and Hotmail) services. But which is best for business and productivity and what are the pros and cons of each? Are there features one provides that the other doesn't and which has the most attractive UI?

We dig into the details to uncover which really is better suited to business communications.

Gmail was released on 1 April 2004, and offered 1GB of storage at the time. Funnily enough, many dismissed this as an April Fool's Day joke, as the capacity was far greater than that offered by the at-the-time leader Hotmail, Outlook.com's predecessor. This kicked off a rivalry between the two.

Hotmail itself was launched in the 90s, 1996 to be precise. Microsoft bought out Hotmail the following year and rebranded the service MSN Hotmail, and then rebranded it again to Windows Live Hotmail. A third rebrand in 2013 saw the service bear the title Outlook.com. But it initially only offered 2MB of free storage - 500 times less than Gmail's offering nine years previous. The capacity has increased substantially since, however.

Outlook.com takes its cue from the Windows Modern UI' style, also known as the Metro user interface, with Gmail until recently considered the "uglier" of the two. However, a recent redesign to Gmail has seen its aesthetics and user experience vastly improve - looking far more in line with Outlook.com. Gmail had previously prioritised simplicity, although many would describe this as plainness. The redesign, thankfully, improves on the feel while retaining the ability for users to concentrate on emails themselves rather than face any distractions.

The big thing the Gmail did to differentiate itself from the competition was to have labels instead of folders. This meant that messages could be tagged with multiple labels instead of being put into one specific folder. At this point, we need to clarify things a bit. Most people still believe that Gmail as it has labels, doesn't have folders this is not strictly true. As anyone who has set up Gmail via a traditional email client (ironically through Outlook) will tell you that these labels appear as folders in those clients. Not only that, if you have applied more than one label to an email message, that email message will appear in multiple folders.

Outlook.com has the traditional folder structure, but has categories instead of labels. These are labels in the strictest sense in that they are tags for messages rather than pseudo-folders. You can apply more than one category to a message but in doing so, does not move a message into a folder. Outlook.com automatically tags certain messages with categories such as Documents, Photos, Newsletters, etc. These are known as Quick View folders.

Search is probably why Gmail exists at all. It was part of its raison d'etre when it was first conceived as the engineer behind the idea wanted to have an email service that could be searched as easily as one would search on the internet.

Simply typing search terms into the search bar at the top of the webpage should unearth what anyone is looking for. Users can employ more advanced methods by typing in shortcuts such as "from:" or "to:".

Gmail supports both POP and IMAP, meaning that pretty much any email client on most operating systems will work off the bat with the email service, even Microsoft Outlook will play nicely with it.

Outlook.com also supports POP and IMAP (although in the past, some have complained about connectivity issues and lack of IMAP support we did not find any problems relating to this). Outlook.com also (unsurprisingly) supports Microsoft's ActiveSync.

We tested setting up Outlook.com and Gmail accounts on the normal Outlook client and Thunderbird. Gmail did appear to be much faster in setting up and retrieving email and folders for both clients.

Gmail offers 15GB of storage for free but this counts across Gmail and Drive (Google recently moved to offer unlimited storage of photos within certain limits). More storage can be bought.

Microsoft also offers free users 15GB of storage per Outlook account. But it was previously unclear just how much storage you get depending on which products you used. If you have an Office 365 subscription you get 1TB of storage to cover all Microsoft products, for instance.

Gmail also limits the size of attachments to 25MB in size (this also includes the message as well), and takes longer to upload images. In addition, the Gmail app only allows you to upload one image at a time. The images are displayed as thumbnails, however, which allows you to both check that you've sent the right files and see what you've received before you download it.

Within Gmail, users can enable certain features that may or may not work as expected but appear to be stable enough to be let free outside of Google. These features are part of Google Labs. As such they are experimental, pre-release items to be used at the user's risk. In the humble opinion of this writer, some of these are good, some less useful, but we have never tried a feature that has yet proved to destroy everything.

Gmail, as you would expect, integrates with Google Docs. This is pretty seamless with, for example, the ability to open up attachments in a Google Apps, such as Docs or Sheets, work on them and then save them to Drive - all without leaving the Google ecosystem.

Gmail can also integrate with third-party apps, such as CRM apps. Google offers its Apps Marketplace as a means for third-party ISVs to show off their wares to users of Gmail and more importantly, Google Apps. Gmail can also import contacts from social media accounts into your address book. Furthermore, you can even use Google Translate within a message, an option missing in Outlook.

Outlook.com is a little late to the extensions party but, as you would expect from Microsoft, integrates completely with Office 365 apps and OneDrive.Outlook's add-ins function similarly across desktop, web, and mobile. These extensions are supported in Outlook 2013, Outlook 2016 for Mac, and Outlook on the web in Office 365, but some add-ons don't apply to certain types of messages or devices. There is more information about this here.

Having used Gmail for several years, we can conclude that its spam filtering works effectively. Once or twice a year one spam email gets through and false positives are almost non-existent. It is also good for filtering out unwanted emails that aren't actually spam (sometimes referred to as bacon).

Gmail does match ads with email content, which bothers some users, but these ads are usually filtered into the social or promotions tabs, and doesn't interfere with inbox use.

Outlook.com's email and spam filtering is less sophisticated (much of it has to be done manually), but has some features that puts it ahead of Gmail. One such feature is Sweep. This can get rid of all emails, all from ten days ago or keep the last one from a particular sender or block future emails from a sender.

Overall, there is very little between the two. There are not enough killer features in Outlook.com to entice Gmail users over from that email service and vice versa.

While it is easier to search for email in Gmail, Outlook.com is, understandably, more tightly integrated with Office Online.

For general day-to-day working with email though, Gmail remains the email service to beat.