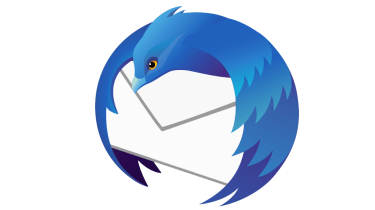 Mozilla has announced its opensource email client Thunderbird will benefit from a redesigned user interface (UI) and better Gmail support within the next year.

As part of its roadmap for 2019, the firm will grow its team by half a dozen members, from eight to 14 engineers, in order to make the service faster, more secure, and improve the user experience (UX).

Announcing the plans in a blog post, the Firefox developer said it will build on the progress made with the release of Thunderbird 60 in August, which saw major upgrades to its core code and improvements to security and stability.

"We listened, and will continue to listen. We're going to build upon what made Thunderbird 60 a success, and work to address the concerns of those users who experienced issues with the update.

"Hiring more staff will go a long way to having the manpower needed to build even better releases going forward."

Mozilla will prioritise Thunderbird's design and UX improvements, after receiving "considerable feedback" and complaints, with a primary focus on improving compatibility with Google's Gmail.

This, specifically, will see better support for Gmail's labels, a way to categorise messages, and improvements to how Gmail-specific features translate to the Thunderbird client.

Among the project's engineering priorities for the new year will be looking into methods for measuring slowness, and developing fixes to specific bugs that deteriorate the user experience.

The new staff members will also be put to work re-writing parts of the core code and "working toward a multi-process Thunderbird".

The client's notifications and encryption settings will also benefit from an overhaul, the firm confirmed.

Thunderbird will seek to integrate its own notifications with a user's operating system, while Mozilla will allow users to more easily secure their communications after an engineer was recently hired with a specific remit over security.

Mozilla hasn't yet completely determined its roadmap, and wouldn't guarantee that all changes outlined, including the UI redesign, would be available in the next Thunderbird release.