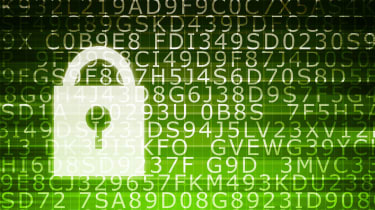 The 'Five Eyes' governments of the UK, US, Canada, Australia, and New Zealand have challenged tech companies to voluntarily create backdoor access to their systems, or be compelled to by law.

Encryption, deployed by companies such as WhatsApp and Google to guarantee user privacy, poses a significant challenge to combating serious crimes and terrorism, the five nations' interior ministers agreed at a two-day summit on Australia's Gold Coast last week.

"Encryption is vital to the digital economy and a secure cyberspace, and to the protection of personal, commercial and government information," the five ministers, including the UK's home secretary Sajid Javid, said in a joint statement.

"However, the increasing use and sophistication of certain encryption designs present challenges for nations in combating serious crimes and threats to national and global security.

"Many of the same means of encryption that are being used to protect personal, commercial and government information are also being used by criminals, including child sex offenders, terrorists and organized crime groups to frustrate investigations and avoid detection and prosecution."

If the industry does not "voluntarily establish lawful access solutions to their products" the statement continued, "we may pursue technological, enforcement, legislative or other measures" to guarantee entry.

The Five Country Ministerial (FCM), which concluded this weekend, also saw the five nations discuss intelligence sharing, and how to most-effectively remove illegal and harmful content from the internet.

Despite being spurned by tech companies for consultations over how best to manage online spaces, the ministers agreed to another joint statement reiterating their commitment to ridding the internet of "child predators, terrorists, violent extremists and other illicit actors".

They called for the industry to implement functions that prevent illicit content from being uploaded in the first place, and build user safety into the design of all online platforms, among a host of other demands.

This tougher stance, on both encryption and illicit online content, follows the European Union's (EU's) soundings in August that it would draw up new laws to fine companies like YouTube and Facebook for failing to remove extremist material within an hour.

"We cannot afford to relax or become complacent in the face of such a shadowy and destructive phenomenon," said European commissioner for the security union Julian King.

The principles agreed at the FCM, particularly around encryption, have reignited a debate centring on privacy versus security - with law enforcement agencies increasingly frustrated at being unable to access communications seized as part of their investigations.

The UK's National Crime Agency (NCA) said in its annual assessment of serious crime earlier this year that encryption impacts how effective law enforcement organisations can be in gathering intelligence and collecting evidence.

But former home secretary Amber Rudd, as with her successor Sajid Javid, had gone one step further to suggest tech companies should insert backdoor access into their products - undermining the principles of encryption entirely.