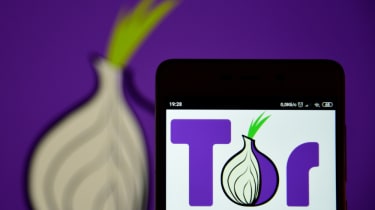 The BBC has made its global new website available on the Tor network to evade censorship, the broadcasting corporation has announced.

Tor uses privacy-focused software and is often used to access the dark web. One of the reasons for its use is that countries such as China, Iran and Vietnam have tried to block access to certain sites and services, including the BBC's website and programmes in the past. As such the organisation is looking to get around that through the use of the encrypted browser.

Due to its multiple levels of encryption Tor browser users can avoid government surveillance and censorship, which is a controversial subject in certain parts of Asia.

"The BBC World Service's news content is now available on the Tor network to audiences who live in countries where BBC News is being blocked or restricted," the BBC said in a statement. "This is in line with the BBC World Service mission to provide trusted news around the world."

As such, the corporation is advising international users to visit the new bbcnewsv2vjypsuy.onion web address. Here the international edition of its news will be available outside of the UK and will include foreign language services such as BBC Russia and BBC Arabic.

Tor is an acronym for "The Onion Router", which was its original name before becoming The Tor Project. It's free and open-source software that enables anonymous communications by relaying your traffic and encrypting it three times as it passes over the network, essentially creating onion-like and thereby earning its moniker.

According to Tor, its mission is: "To advance human rights and freedoms by creating and deploying free and open-source anonymity and privacy technologies, supporting their unrestricted availability and use, and furthering their scientific and popular understanding."

However, it's a well-known route to the dark web and has been a facilitator of criminal activities around the world. Drug dealers use it to sell banned substances and it also allows access to child abuse images, which do not show up in normal search engines.

But it is also a trusted tool for military, law enforcement and even journalists, looking to avoid detection and retain privacy online.