Interpol to support the breaking of end-to-end encryption 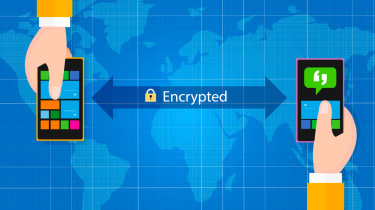 International police body Interpol has joined the growing list of law enforcement agencies that back the idea of breaking encrypted communications, echoing concerns that the technology protects criminals.

Interpol is expected to argue later today that encryption frustrates criminal investigations and protects child sexual predators, and that tech companies should be doing more to allow law enforcement into encrypted channels, according to sources briefed on the matter speaking to Reuters.

"Service providers, application developers and device manufacturers are developing and deploying products and services with encryption which effectively conceals sexual exploitation of children occurring on their platforms," a draft of the resolution seen by Reuters said.

"Tech companies should include mechanisms in the design of their encrypted products and services whereby governments, acting with appropriate legal authority, can obtain access to data in a readable and useable format."

The announcement will carry no legal weight but is expected to add mounting pressure for technology companies such as Apple and Facebook to open up their end-to-end communication apps to law enforcement.

The debate around whether encryption should be broken is a hugely divisive one and is often seen as a conflict between the need to fight crime and upholding a human right to privacy.

Australia famously became the first country ever to introduce a 'backdoor law' in 2018. Federal government figures and law enforcement in Australia can legally approach technology companies and demand access to a suspected criminal's encrypted communications or risk hefty fines.

The law has been criticised for being rushed through on the final day of the parliament and ignoring cyber security experts' warnings that it would not be possible to securely create a vulnerability in one target's device for surveillance purposes – the argument being that if a backdoor exists at all, this can be exploited.

The UK's Investigatory Powers Act 2016 (IPA) touches on the matter of encrypted communications but doesn't make the same allowances as the Australian law.

The IPA requires communication service providers to be active participants in data interception but the extent to which it has been used so far is unclear and how easy it would be for Apple to intercept messages sent securely in its encrypted iMessage app, for example.

Implementing a law that facilitates a 'ghost' in an encrypted channel isn't a case of making the channel less secure, argued GCHQ officials, Ian Levy and Crispin Robinson, in a joint essay.

Levy and Robinson said it would be "relatively easy" to add an extra participant into an end-to-end encrypted chat. It wouldn't be a case of introducing a security vulnerability, instead, it would be more like adding another end to the two-way encrypted channel.