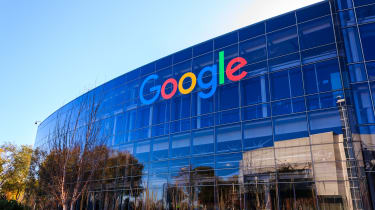 More than 1,100 Google employees have signed a public letter addressed to Ruth Porat demanding that the CFO and other company executives formulate a decisive climate plan for the coming decade.

Sam Kern, a cloud engineer at Google told Motherboard: "I can't feel good about my job knowing that the profits I help generate and the technology I help build furthers an extractive economy that displaces its harmful effects onto vulnerable communities."

The opening statement reads: "We, the undersigned Google workers, in accordance with the gravity and urgency of the global climate crisis and its disproportionate harm to marginalized people, call on Google to commit to and release a company-wide climate plan."

The letter outlines four specific, demanding that the company: eliminate its carbon footprint by 2030; hold no contracts that "enable or accelerate" fossil fuel extraction; cut all funding for think tanks, lobbyists, and politicians which deny or delay climate legislation; and withhold all support for "entities enabling the incarceration, surveillance, displacement, or oppression of refugees or frontline communities".

The letter was likely influenced by the 1,800 Amazon employees who made identical demands (apart from the Google letter's fourth point) and staged a walkout on 20 September during the global climate strike. Amazon CEO Jeff Bezos pledged thereafter to cut Amazon's carbon footprint by 2040, a promise workers criticised as not going far enough.

Google CEO Sundar Pichai announced just before the climate strikes that the company would make "the biggest corporate purchase of renewable energy in history".

"We've been a carbon-neutral company since 2007," he said, meaning that since then, the company has purchased enough renewable energy to match their electricity consumption. That's pretty good, but Google's employees think they can do better -- much better -- by eliminating their carbon emissions in the first place.

Employees are also demanding that Google reevaluate which politicians they fund. Last year, the tech giant gave its financial support to 111 congressmen who vote against climate change legislaion more than 90 percent of the time.

While they're at it, employees are protesting Google's involvement with entities oppressing "refugees or frontline communities", which includes supplying cloud tech to Immigration and Customs Enforcement (ICE) at the US-Mexico border. Roughly 1,500 employees signed a petition against Google's ties to ICE and other border agencies in August.

It is still unclear as to how Google will respond to these demands. IT Pro's request for comment was not answered at the time of publication.