Questions you still need to ask SAP about indirect access

SAP believes it has solved customers' concerns around indirect access, but some unanswered questions remain 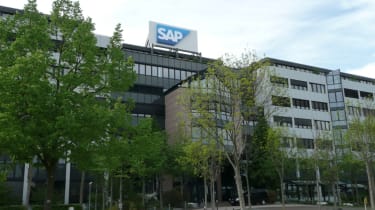 SAP's licensing has struggled to keep up with how customers have used the vendor's technology in recent years.

Its per-user pricing model doesn't account for the world of IoT, in which devices, applications and bots, not human workers, access the German software maker's ERP systems, and do so much more often than staff would.

But customers had previously felt comfortable setting up such access, with SAP personnel aware of these connections without raising any issues, or any customers falling foul of licensing audits, according to the SAP User Group Executive Network (SUGEN), which represents customers.

Their cases typified indirect access use cases; Diageo enabled access to SAP's ERP system via third-party software, Salesforce. The accusations against Anheuser are less clear, but SAP alleged that it accessed its systems directly and indirectly without appropriate licenses. Anheuser settled out of court with SAP in March.

SAP moved to address customer fears over indirect licensing by introducing a new policy in April to cover third-party access to its ERP and S/4 HANA systems, as well as taking steps to ensure the threat of audits isn't used in sales negotiations.

The new pricing model for indirect access to SAP's ERP applications, and its S/4 HANA suite of ERP tools, aims to bring SAP's licensing into step with modern uses of technology essentially, machine-to-machine interactions replacing a lot of human access to ERP systems.

After introducing some new licensing models some months previously, as of April SAP detailed a new licensing policy to account for IoT use.

Instead of following its per-user pricing model, this one differentiates between human access via SAP software and device or bot access to core ERP systems.

This new model charges for access on a per-transaction level (SAP calls it a 'document'), where that transaction might be a POS transaction, an approved invoice or something else that requires accessing SAP's ERP.

SAP's per-user licensing model remains unchanged, and organisations can also use SAP's other two models, procure-to-pay and order-to-cash - both order-based pricing models  choosing between them to best suit how they use SAP's applications.

It will price access based on the number of transactions or 'documents' (an item like an invoice that needs to be run through the ERP system) accessing S/4 HANA or SAP's ERP suite.

Customers can choose which model suits their needs best, and can move to the document-based pricing model or remain on their existing model.

SAP has promised "conversion offerings" for those considering a switch. However, SUGEN warns that it's not clear whether users will save money under the new model.

With customers scared that SAP will use the threat of software audits in sales negotiations in light of SAP's lawsuits against Anheuser and Diageo, the German tech firm has promised to ensure the two remain separate.

As SAP put it, somewhat mildly, audits coinciding with talks around new software purchases "can sometimes cause frustration" for customers.

It's promised to change this to ensure audits aren't co-opted as a nasty sales tactic, and will introduce self-service auditing features for customers to check how their usage measures up to their licensing agreements.

So, what questions should you still have about SAP's new licensing direction?

Will you save money under the document-based pricing model?

The biggest question is whether you'll actually save money by switching to the new licensing model. SUGEN believes it's too early to tell.

"It is difficult to know if existing customers will pay more under the new model, as the measurement and auditing tools required aren't currently available," SUGEN core leadership team member Philip Adams says.

"It won't be until Q1 2019 that customers will be able to assess any potential cost impact. However, we have urged SAP to publicly promise that customers would be able to adopt the new model without incurring further costs if the business value or scope of their usage has not changed."

Will the new per-document model be priced reasonably?

The lack of certainty above is in part because the catch-all nature of the term 'document' will mean different things for different industries it could be an invoice, a retail transaction, an oil production contract, or anything else: clearly some will be easier to process than others, or require fewer touchpoints with an ERP system.

"Generally I think it's a good move by SAP but there are many details that are still unclear," says Duncan Jones, principal analyst with Forrester. "For instance, will the price for the new per order be reasonable and will SAP sales teams discount it appropriately?

"My general advice is to prepare a solid negotiation strategy to embrace the change but get sufficient safeguards and compensation in return."

Will organisations using non-SAP software pay more to integrate these apps into their ERP platform?

This is something else that's too early to answer, and may play into your decision as to whether you want to change your pricing model at all.

"What is clear is that if you move to the new model, 'indirect' transactions from non-SAP systems to SAP systems would be counted and charged for in the new way," explains SUGEN's Adams, "hence customers with existing contracts need to look at and understand whether they are licensed for these types of transactions under their current contracts."

Diageo's court case came about because of its use of Salesforce, and SAP will be keen to encourage customers to use its newly-launched C/4 HANA suite of CRM apps over rival offerings.

Should you trust SAP?

This one's easy to answer wait and see.

SUGEN points out that SAP has known about situations where customers connect third-party systems to its ERP platform for at least six years, but only started punishing companies for doing so recently, leaving its customer base panicked and confused about what they could and could not do.

"Expecting customers to talk to and trust account managers in an environment where SAP has admitted to having lost customer trust is asking a lot," says chairman Gianmaria Perancin.

"If SAP publicly provided reassurances that customers won't be asked to pay more for use cases and implementations that were undertaken in good faith, this would go a long way to encourage customers to engage with SAP proactively."

However, Adams adds: "Without these reassurances, customers will find themselves in a state of paralysis, unable to move forward as they do not yet know what the new licensing model will mean for them. Over the coming months, we will be surveying customer organisations to see if their licensing positions are clearer, and what this means for their future plans and investments with SAP."