Sometimes a boom in business can create its own problems 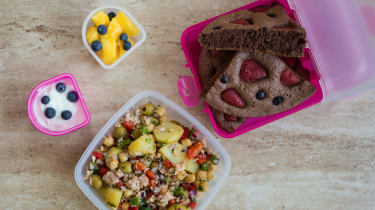 For manufacturing companies specialising in fast-moving-consumer-goods (FMCG), the need for reliable enterprise resource planning (ERP) software is paramount. Firms look to these systems to handle many aspects of day-to-day operations, from staying on top of inventory to managing the sales process.

Sistema Plastics runs a single manufacturing site in Auckland, New Zealand, but ships worldwide through a series of third-party retailers, including Amazon and Asda. Indeed, if you peer into any kitchen cabinet you'll likely find something manufactured by the firm, from microwavable containers to lunchboxes to reusable water bottles.

The company has grown rapidly over the last decade a single manufacturing run now is in the region of 30-40,000 units. As a result of this rapid growth, inventory management had started to spiral out of control to the point it was being stored "almost anywhere" with no real way of tracking it, Sistema's CTO, Greg Heeley, tells IT Pro.

Four years ago, the company brought in Epicor's flagship ERP platform to handle a major transformation in its manufacturing processes.

The system can only do what you tell it to

The challenge Sistema faced at the time, Heeley says, was finding a product that could support the way inventory was configured, as well as finding and managing stock. This highly pressing issue was borne from Sistema's rapid growth coupled with severely restricted physical floor space. Problems deepened when Sistema outgrew its first plant and began opening up several smaller sites. Being spread in such a way, across multiple locations, meant workers would regularly move parts that were needed in one plant from another and vice versa.

To compound these issues, employees neglected to feed accurate information into Epicor ERP, such as where the stock was kept and whether it had been moved, making it even more difficult to use the software.

"Putting stock somewhere and telling the system is one thing, but if you then move it and don't tell the system that's something else," Heeley explains. In light of this, the firm devised procedures around how the stock was recorded and got people trained up to follow the new system.

"There are some areas like that we struggled with; more personnel than system-driven," he adds. "The system can't do what you don't tell it and we sometimes didn't tell it what to do."

It was only in 2016 that a single site large enough to handle the scale of manufacturing operations was found and things finally began to click with the software. This step forward involved putting in automatic inventory systems, among other measures, to ensure all inventory problems were consigned to the past.

Looking ahead, Sistema is shifting its focus to grow as a company now that the software underpinning its operations has been tamed. But the problems the firm now faces are unique to a company that both manufactures plastic goods and is based in "the middle of technically nowhere".

For a company that keeps a close eye on its carbon footprint, being based in New Zealand has proved a massive hindrance. Sistema's environmental ranking scores must take into account shipping materials in and out, as well as the products manufactured. This is all offset against its external energy consumption, which is proving a battle. Plastics itself, meanwhile, has become stigmatised due to the effects of discarded materials on the environment.

Sistema's need to hire more high-skilled staff, however, is chief among the firm's concerns, and this isn't helped by the company's location either. New Zealand's economy is based predominantly on agriculture and tourism, not manufacturing or engineering. Attracting people to work in "the middle of technically nowhere", therefore, is something the firm will have to look at addressing in the coming years.

There's scope for installing human resources (HR) modules in ERP software to assist in talent acquisition. More often than not, this involves automating processes like payroll and benefits to give hiring managers more time to focus on finding talented workers. ERP can also make a difference to a firm's sustainability goals, with greater visibility over stock allowing Sistema to gain full control over the products ordered, consumed and re-used.

Looking ahead, Sistema is seeking to further buy into document management, and automate a host of processes by implementing Epicor's DocStar enterprise content management platform. While the firm has adopted Electronic Data Interchange (EDI), a digital exchange of business documents in a standardised format, many of its customers haven't. This means the manufacturer often receives orders that are 50 to 60 times longer than they should be, which must be then manually entered into their systems. Epicor's software, Heeley claims, can help the company get around this.

Automating accounts payable (AP) document scanning, as well as document record handling, are also on the horizon. Meanwhile, Sistema has ambitions to digitise standard operating procedures for the shop floor and to index visually-compelling videos that teach employees how to perform tasks. Heeley also touts robotics, predictive analytics, and edge computing as areas he'd be keen to explore, but what he does next will largely depend on what makes the most sense for the company.

"So we definitely have to be selective about the projects that we take on, and [we need to] know which one's going to produce the best results in the short term. We will get to all of them eventually, but it's just about prioritising."