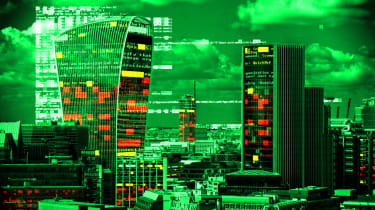 The UK government has launched a second audit of the country's cyber security labour market in an effort to assess how companies across the country are handling the employment and training of IT professionals.

Organisations across the public and private sector have been chosen at random to contribute to the study, with responses helping to shape government policy and efforts to tackle shortages of talent.

The government will be hoping to see some measure of improvement over last year's audit, which found that of the roughly 1.3 million businesses in the UK, around 710,000 (55%) had a 'basic technical cyber security skills gap'. In other words, organisations not confident with performing simple tasks, such as creating backups, setting admin rights, and managing secure settings.

This year's study, once again conducted by Ipsos MORI, will contact chosen organisations by phone between August and October, and will require participants to answer a series of non-technical questions in a 15-minute interview. The most senior person within a chosen organisation responsible for cyber security will be asked to answer these questions, which in some cases will either be dedicated personnel, heads of departments, or the business owner.

The study announcement follows a report in April which found that the cost of dealing with a single cyber attack has surged to around 4,200 on average, up 1,000 since last year. In a separate report in the same month, UK businesses were criticised for spending around 500,000 less than the global average.

Last year's study revealed that the majority of businesses lacked the skills to conduct more high-level technical tasks. Penetration testing, in particular, was an area that businesses expressed the most concern about, with 42% of large organisations admitting they did not feel confident conducting their own tests.

When all business types were considered, as much as 59% said that they lacked the skills to perform any sort of forensic analysis of their data, and 51% said they were unable to reliably conduct cyber security risk assessments.

Unsurprisingly, the charity sector was found to suffer from the biggest skills gap, with 55% of non-profit organisations lacking formal security infrastructure, compared to 18% of large businesses.

Charities were also found to be the most likely to outsource high-level technical skills, with 80% saying that tasks such as interpreting malicious code, penetration testing and analysis were regularly performed by third-party specialists.

Interestingly, despite the challenge of building robust security measures, the skills considered most important in last year's study were those related to compliance and legal issues, with little difference between charities (44%) and large businesses (41%). Given the pace at which the regulatory landscape is changing, particularly with GDPR only being one year old and ePrivacy on its way, it's unlikely this will change this year.

It's likely that the results of this year's study will be published in late December.