Email on your commute? That should count as work 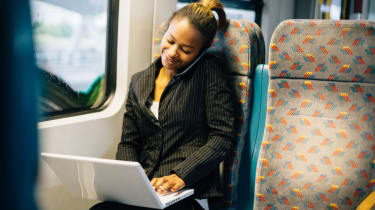 Read emails while commuting to work? That should count as work, according to researchers.

A study conducted by the University of West England examined how commuters use free Wi-Fi on trains to catch up with work emails. Dr Juliet Jain, Dr Billy Clayton and Dr Caroline Bartle analysed the uptake of free Wi-Fi on Chiltern Railways, focusing on routes between London and Birmingham and London and Aylesbury, to see how passengers used free internet provision on their journeys.

The researchers took inspiration from Scandinavia. In Norway, some commuters are able to count travel time as part of their working day.

"If travel time were to count as work time, there would be many social and economic impacts, as well as implications for the rail industry," Dr Jain said. "It may ease commuter pressure on peak hours and allow for more comfort and flexibility around working times. However, it may also demand more surveillance and accountability for productivity."

As part of the study, Chiltern Railways increased the amount of free Wi-Fi available to its customers on its mainline route and around 3,000 customers were surveyed over a 40-week period from 2016 to 2017.

On the Birmingham to London route, the number of commuters connecting to the free Wi-Fi rose from 54% when 20MB was offered to 60% after it was increased to 125MB.

As part of the study, the team also interviewed commuters and while many of them consider their commute as time to catch up with work, a large number of commuters used the time to change roles, such as switching from being a parent and getting the kids ready for school in the morning to prepare for a busy day as a business director.

If the commute was to be included as part of a working day, the researchers said that the train companies would also have to offer a good working environment and provide better spaces to work. There is already a vast array of devices available to enable flexible working that would only require train companies to provide good continuous connectivity for passengers to access work emails.