Information commissioner calls on organisations to see data protection as an opportunity, not a threat 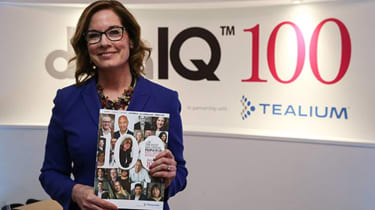 Information commissioner Elizabeth Denham called on organisations to "earn the trust and confidence of the public" yesterday, with new data protection laws coming into force in just three months.

Chief of the UK's data protection watchdog, the Information Commissioner's Office (ICO), Denham was named the UK's most influential leader in how data drives business in the DataIQ 100 list yesterday for her work preparing UK organisations for the EU's General Data Protection Regulation (GDPR) in May.

Speaking at the awards ceremony yesterday, she said: "Data is a powerful tool; when used ethically and responsibly it can be used to empower and enrich all our lives. It is incumbent on all of us as data professionals to earn the trust and confidence of the public in how their personal data is used, so that everyone benefits in a data-driven world.

"GDPR is a game changer and a powerful incentive for businesses to embrace good data protection practice. I am encouraged by the many organisations that see the data opportunities the law presents, rather than the barriers it throws up."

GDPR was designed to give European Union residents more control over their data and how organisations can use it, as well as introducing tighter rules and tougher fines for companies that fail to protect such information.

While the ICO will be able to levy higher fines for data misuse - of up to 20 million or 4% of an organisation's annual turnover it's unlikely to do so for most data breaches, with GDPR stipulating that fines must be "proportional" to the breach, and the body has long advocated for people to view the legislation as an opportunity, rather than a threat.

Denham added: "My role allows me to engage with progressive companies and public bodies looking to adopt privacy-by-design solutions. I am struck by entrepreneurial development of products which minimise the amount of personal data processed, and which maximise the control people have over their data."

UK businesses are spending an average of 1.3 million to prepare for GDPR, a survey found earlier this month.

Other people who made the DataIQ 100 list include RSA's CDO, Gillian Tomlinson, Sainsbury's CDO Andrew Day and Lauren Sager Weinstein, CDO at TfL, all of whom came in the top 10.

"With 475 nominations, it was the most diverse set of candidates that we have ever considered and the nal line-up is our strongest yet," said DataIQ's director of strategy, David Reed.

More than a quarter of the list was made up of CDOs, and Reed added: "Appointing a CDO is a sure sign of a fast-maturing practice and a necessary step to formalise all the individual processes that are required to be data-driven, from leadership to deep data diving, customer insight to business intelligence."