Google wins 'right to be forgotten' case against France

Tech giant only has to remove 'damaging' links for European citizens, rules the ECJ 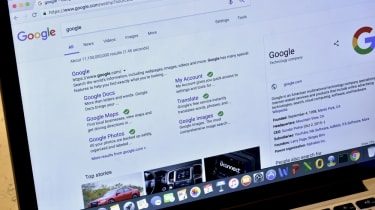 Google does not have to apply the 'right to be forgotten' globally, Europe's top court has ruled.

The tech giant only needs to remove links from its search engine results in Europe if it has received an appropriate request to do so.

It comes from a dispute between Google and the French privacy regulator CNIL, which had previously ordered the US firm to globally remove search listings to pages featuring damaging or false information about a person in 2015.

Google did comply, introducing a geoblocking feature the following year which prevented users being able to see delisted links, but only in Europe. It refused to censor search results for people in other parts of the world.

What's more, the company challenged a 100,000 fine that CNIL had attempted to impose.

On Monday, the European Court of Justice (ECJ) ruled in favour of the US tech giant.

Google argued that if it were applied outside of Europe, it could be abused by certain governments trying to cover up human rights abuse.

"Since 2014, we've worked hard to implement the right to be forgotten in Europe, and to strike a sensible balance between people's rights of access to information and privacy," Google said in a statement, according to the BBC. "It's good to see that the court agreed with our arguments."

The right to be forgotten, or the right to erasure, was established by the ECJ in 2014 after a Spanish citizen requested material about his house being repossessed be removed from Google searches.

The internet giant previously warned of the dangers of Europe regulating beyond its border. Three years ago, the company detailed in a blog post that there should be a balance between sensitive personal data and the public interest and that no one country should be able to impose its rules on citizens of another.

"The right to be forgotten can sometimes seem complex and discussions about jurisdiction online certainly are complicated," Peter Fleischer, from Google's global privacy counsel, wrote. "But this issue is simple: should the balance between the right to free expression and the right to privacy be struck by each country - based on its culture, its traditions, its courts - or should one view apply for all?"