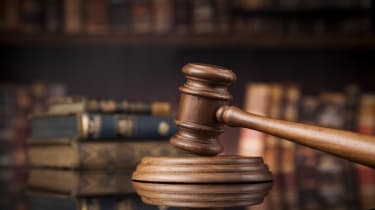 Kaspersky Lab has had both of its lawsuits against the US government rejected, derailing its plans to fight back against a ban on its software.

The company confirmed that it is planning to appeal the dismissal of its suits, which are in turn seeking to appeal against last year's ban - a measure that was enacted following allegations that Kaspersky's software was being used by the Russian intelligence agencies to spy on US government operations.

"Kaspersky Lab is disappointed with the Court's decisions on its constitutional challenges to the U.S. Government prohibitions on the use of its products and services by federal agencies," the company said in a statement regarding the ruling.

"We will vigorously pursue our appeal rights. Kaspersky Lab maintains that these actions were the product of unconstitutional agency and legislative processes and unfairly targeted the company without any meaningful fact finding."

The Russian security company had its software and services specifically banned from use within the federal government last year, cutting off one of the company's major potential revenue streams. The ban, which specifically targets Kaspersky, was signed into law by Congress as part of a funding bill, and accompanies a similar ban on government use issued by the Department of Homeland Security.

In response to this ban, Kaspersky mounted two lawsuits targeting both Congress and the DHS, arguing that the DHS directive was "unsupported by substantial evidence" and that Congress failed to abide by strictures preventing it from issuing legislation that determines guilt and issues punishment without a full trial.

These arguments were struck down on Wednesday by US District Judge Colleen Kollar-Kotelly, who said that the government's actions in banning Kaspersky "may very well have adverse consequences for some third-parties. But that does not make them unconstitutional". Kollar-Kotelly granted the government's motions to dismiss both lawsuits.

Kaspersky has protested its innocence throughout the case, asserting that it would never help any nation-state with surveillance and even launching a 'Global Transparency Initiative' in which it relocated several of its core operations to a Swiss datacentre from its Russian headquarters.