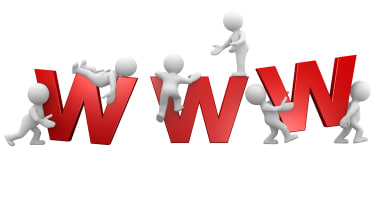 The world wide web is effectively 25 years old today (in that it's a quarter of a century since Sir Tim Berners-Lee pitched the idea of it), and you don't need another article on the internet to tell you just how much of an impact on day to day life it's had.

So it's no surprise that the legal boundaries of the planet have been interrogated, and satisfactory answers have not followed as a consequence of that. As many have found, what's illegal in one country is accepted in another, and the decimation of global communication barriers, whilst not absolute (just look at Google's website in China for evidence of that), is nonetheless sizeable. Law enforcement isn't even in the vicinity of keeping up. It never stood a chance.

As Professor Alan Woodward of Surrey University argues: "The challenge facing the next 25 years of the web is the whether the current internet can survive without agreed and adequate global governance. Such regulation would prove a Herculean task, fraught with challenges but such regulation does exist in other shared infrastructures".

He adds that "should we also consider digging a new set of foundations, for which there are candidates, or do we keep trying to underpin a technology that was developed at a time when cyber-crime was science fiction?"

There's no easy answer to that question, but then there never has been. That's, inevitably, why it remains unanswered.

The smart money suggests that it will remain so, although there's a strong argument that lack of formal regulations may yet be the best way forward for the world wide web.

At least that's a winnable battle: to come up with a global set of regulations and foundations for the web would require a seismic act of getting countries to agree with each other, when history dictates that international consensus on anything is a rarity. Individual countries legislating remains a clunky way forward, but how, realistically, will that ever change?