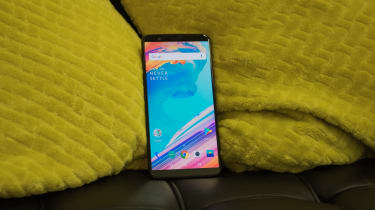 There are a handful of quality of life improvements with the OnePlus 5T, which runs the company's own version of Android, known as OxygenOS. Things like expanded screenshots, dark themes and auto night mode have all made their way over to the 5T from the 5.

Unfortunately, the 5T does not ship with Android Oreo, Google's latest OS version, instead opting for Android 7 Nougat. This is slightly surprising given the number of recently launched devices appearing with Oreo pre-installed, however it's likely that the 5T will receive the update in the near future.

There's also a handful of new additions, most notably a soft-key shortcut bar to replace the physical button and lights of the old bezel. This is hidden by default, creating a pleasing full-screen effect on apps, but can be revealed by swiping up and can even be pinned in place if you prefer.

Another handy feature is the ability to open multiple versions of the same app, which is primarily designed for users who want to have more than one social media account open at once. It's an idea that's already built into services like Google, but it's still great to see for apps like Facebook, Twitter and Skype, particularly when switching between business and personal accounts. 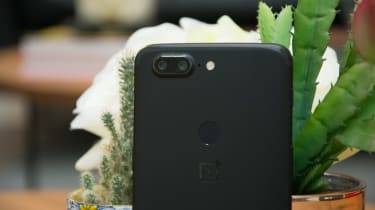 Facial recognition has also made its way to the 5T, which OnePlus claims uses over 100 facial features to create a user's profile, and is one of the fastest examples on the market. We can confirm it's incredibly speedy when it comes to scanning your face and unlocking the phone (OnePlus claims this is under 0.4 seconds), and setting it up through the template is a fast and straight-forward process. Another highlight is that, unlike the iPhone X, the device unlocks straight to the home screen without having to swipe a second time.

It's important to note that facial recognition on the 5T is only deployed as way to unlock the device, and the company confirmed that things like authorising payments are not supported, although this may change in the future.

Some significant changes have been made when it comes to the dual camera, which has been revamped for use with low light photography. Replacing the telephoto lens of the first phone, you get a main 16-megapixel camera with an aperture of f/1.7, with a 20-megapixel lens as a secondary, which is able to produce some better-looking portrait shots than on the OnePlus 5.

These changes have paid off across the board. The OnePlus 5T's camera is exceptional for the money, producing shots that are only very slightly behind the excellent Google Pixel 2 in terms of quality. Video is excellent too, with 4K capture at 30fps looking smooth and stable.

Our initial impressions of the 5T already pegged it as one of the best smartphones to release this year, and our benchmarks have cemented this claim. It performs just as well as the other Snapdragon 835 smartphones on the market, including the excellent Galaxy S8, while giving you the peace of mind that it will last almost a full 24 hours before needing to be charged. 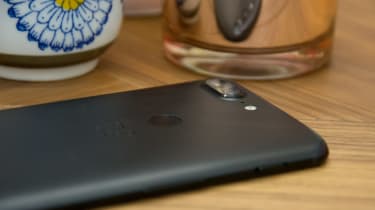 The 5T sticks to what works while introducing a fresh design that reignites that same enthusiasm you felt for the original. What's sure to be a winner among existing fans and new customers, OnePlus has given the 5T the flavour of a high-end smartphone, at a price you can stomach. It's the ideal marriage of design, performance, and longevity, pitched perfectly at the mid-range customer.

The OnePlus 5T is everything an upgrade should be. It takes the best bits of its predecessor and adds a modern looking design that rivals the best smartphones on the market. You’ll struggle to find anything else on the market that offers similar value for money.