The list, which was announced last week, includes such devices as the Sony Xperia XZ1 Compact, the BlackBerry Motion and (naturally) all of Google's Pixel phones. It also includes the Nokia 8, released last year, which is being joined by three of the new devices it unveiled this week at Mobile World Congress 2018.

"Last week when Google announced the Android Recommended Enterprise programme, we were very happy that the Nokia 8 was featured there as one of the first devices," said Andrej Sonkin, general manager of HMD Global's enterprise business, in an interview with IT Pro. "And now we are absolutely delighted that, in addition to Nokia 8, we also have Nokia 8 Sirocco, Nokia 7 Plus and the new Nokia 6 validated by Google to be part of the programme."

Eligibility for the programme, which is designed to help businesses identify which Android phones are best-suited to corporate deployments, is assessed based on aspects like user experience, hardware capabilities, regularity of security updates and capacity for bulk enrollment.

The Nokia brand, which was revived last year by parent company HMD Global, follows an ethos of 'pure, secure and up-to-date' with its devices.

In practise, this means that they run the stock version of Android, with no skins, overlays or aftermarket add-ons, and they receive security updates and patches every 30 days, for a period of three years and two Android version cycles.

The news is another sign of Nokia's return to form, as indicated by the company's rise to become the third most popular phone manufacturer in Britain.

Google has revealed a new program designed to make it easier for enterprise customers to safely select and deploy Android devices throughout their businesses from a range of manufacturers, although Samsung is missing from the list.

The Android Enterprise Recommended programme promises to make it "simple for businesses to confidently select, deploy and manage Android devices and services that meet elevated enterprise requirements validated by Google", by offering a short list of pre-approved devices.

The programme "establishes best practices and common requirements for devices and services, backed by a thorough testing process conducted by Google," said David Still, director of Android Enterprise, in a statement on Wednesday. 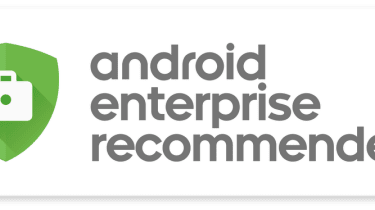 "Devices in the program meet an elevated set of specifications for hardware, deployment, security updates, and user experience to help organizations handle the most challenging and diverse business environments."

Devices produced by Blackberry Mobile, Huawei, LG, Moto, Nokia and Sony, as well as Google's own Pixel range, make up a curated list of 21 handsets for enterprises to choose from, with Samsung, the world's biggest smartphone manufacturer, notably absent.

Google has said that Samsung played a role in the development of the programme, telling ZDNet: "We worked closely with Samsung on the overall requirements and invited them to be a launch partner in the program."

One likely reason for the omission is due to Google's stringent programme requirements, which state a handful of apps that have been approved by Google should be offered by default to users this includes Google's Play Store, which Samsung eschews in favour of its own app store. However, given Samsung's early involvement, it's possible that its devices will make their way to the list in the near future.

Requirements also state that security updates should be delivered within 90 days of their release from Google, that there be a consistent user experience on managed devices, and that unlocked devices must be available from the manufacturer or seller.

The program is Google's latest attempt to chip away at Apple's dominance in the enterprise space. While Gartner's latest smartphone sales report shows Android remains dominant in the consumer space, with a market share of 85.9% compared to just 14% for iOS, the numbers are practically reversed in the enterprise sector.

Data collected by Egnyte in 2017 found that iOS accounted for 82% of mobile usage within the enterprise, compared to 18% for Android. This is in part due to the myriad of devices and customised operating system overlays that make up the Android market, making it comparatively difficult to obtain a standardised set of products something that Google hopes will be remedied by a curated list that has its own stamp of approval.